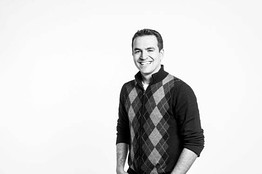 AeroFS announces funding and it’s 100% behind the firewall private cloud that lets corporations get all the benefits of shared file and folder sync without ever having to use a server they don’t own and control:

Air Computing Inc., which is doing business as AeroFS, emerged publicly Friday with software that lets customers privately share files in a way that no outsider–not even their software provider—can gain access to their data.

The company has been working in stealth for about three-and-a-half years, since graduating from the Silicon Valley incubator Y Combinator in the summer of 2010, and has since raised a total of $5.5 million in funding, primarily from Avalon Ventures, Venture Capital Dispatch has learned.

It has also won some large corporate customers, including a financial services firm in New York that signed up for 1,000 seats, with virtually no marketing, according to co-founder and Chief Executive Yuri Sagalov.

Mr. Sagalov says he assumes customers are proactively searching for what AeroFS does. He also believes the media stories generated by former NSA contractor Edward Snowden on how the NSA secretly monitors and captures our data have only reinforced customers’ desire to find something like AeroFS.

“We have a lot of customers come from Germany. They say they can’t store stuff on American servers, but you’re just software so it’s OK,” he said.

AeroFS’s distinguishing feature is its ability to avoid putting files on servers or any other central location where they could potentially be seen. Files are instead synchronized directly between users’ machines, and because they don’t have to take extra trips between the machines and a server, the data can travel faster and the software can accommodate more users.

Read the full article on WSJ