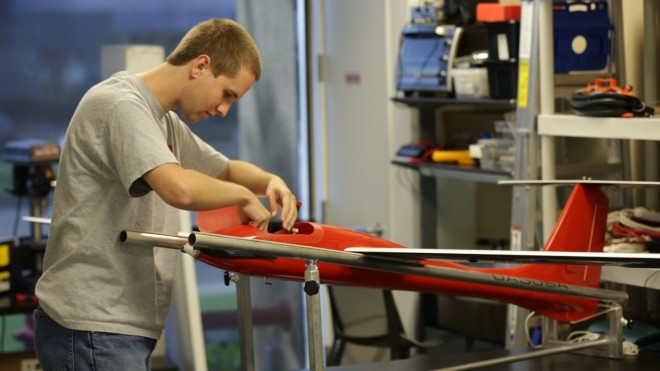 The drones are coming. But rather than hovering over our homes in some big-brother scenario, they’ll be checking farmers’ crops, inspecting power lines, fighting forest fires and delivering medicines and vaccines in rural Africa.

Those are just some of the customers and markets in which Newport Beach, California-based startup Airware plays with its commercial drone software and hardware. On Tuesday, Airware announced almost $11 million in funding from Andreessen Horowitz and Google Ventures.

Airware isn’t going after the hobbyist market—those RC helicopters, planes and quadcopters that can be bought for as little as $100. Airware is all about commercial aircraft—all manner of fixed-wings and choppers that range from a few thousand to tens of thousands of dollars, depending on what they do, says Airware CEO Jonathan Downey. Think somewhere between military-grade and consumer: “It’s definitely a nascent market, but there is a huge unmet need,” says Downey, a commercial-rated pilot himself.