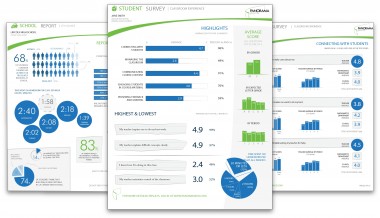 There are so many things that could be done to make schools better — improving teaching methods, curbing dropout rates, cutting down on bullying.

That pitch worked on Facebook CEO Mark Zuckerberg, who, along with his wife Priscilla Chan, is co-leading a $4 million investment in Panorama, which runs and analyzes surveys at 4,000 K-12 schools.

Read more on All Things D