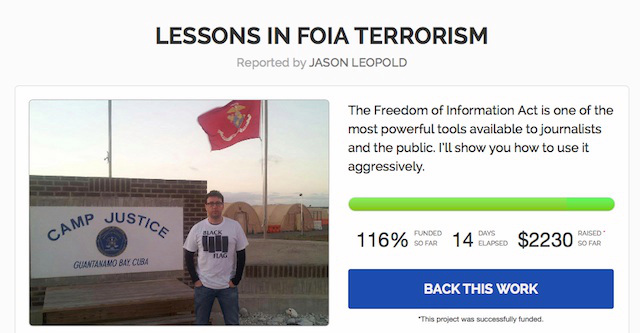 “Beacon, part of the current batch of startups incubated by Y Combinator, gives readers another way to support (and get access to) high-quality journalism.

Two of the company’s co-founders, Dmitri Cherniak and Adrian Sanders, told me that they previously worked together on a photo storytelling app for the iPhone, where they wanted to pay the photographers and give them an incentive to post more content.

Given the relatively small size of the audience, Sanders said, “The digital ad model did not make any sense,” but the pair still wondered, “Man, wouldn’t it be great if these mobile photographers could earn real money with this niche community?” Then they encountered Dan Fletcher, formerly managing editor at Facebook and social media director at Bloomberg, who would become the third founder at Beacon. As they discussed the state of the journalism industry, they realized that they could solve a broader problem.”