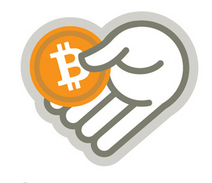 With Bitcoin’s promise of frictionless transactions, particularly across international borders, it’s inevitable that a team would use the math-based currency to attack the global remittances market.

The World Bank estimates that migrants will send about $515 billion to relatives in developing countries by 2015, which is about 10 times the size of the U.S.’s budget for foreign aid.

The old stand-bys like Western Union can charge around 10 percent for transactions in the market, an amount that Buttercoinco-founders Cedric Dahl and Bennett Hoffman find obscene.

But Bitcoin, which is a pure math-based currency that allows for anonymous and irreversible transactions without the need for a third-party facilitator like a bank, promises transactions at a substantially lower cost.

Buttercoin plans to open in India within the next three months and then to operate in six countries in nine months’ time. Their model is to open a local Bitcoin exchange in each country. When they enter a market, they pair with local money transfer businesses to have legal compliance in the country. But these local partners don’t touch the Bitcoin-to-local currency transactions; they merely get a 50 percent cut ofButtercoin‘s fees in exchange for having the proper licenses and relationships with regulators.