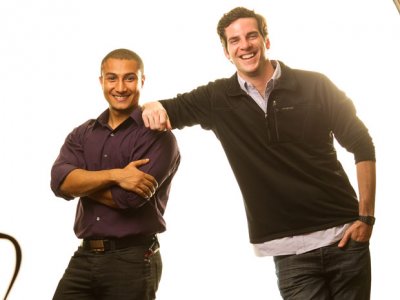 Thanks to the JOBS Act and the rise of Kickstarter, Indiegogo and the parade of startups that have emerged in their wake, crowdfunding has gone mainstream. However, according to the minds behind Crowdtilt — the Y Combinator-incubated platform that caters to the many types of “group fundraising” that fall outside the purview of Kickstarter — this is just Phase One. The Crowdfunding Era is just beginning.

While the Kickstarters and Indiegogos continue to dominate headlines in the crowdfunding space, a growing set of niche platforms have emerged to handle the spillover from projects that don’t fit under the traditional umbrella. And some are bypassing platforms altogether: Star Citizen, a space-age video game, recently became the most successful crowdfunding campaign yet, raising a whopping $15 million — on its own site.

With projects like Lockitron, Basis and Myo also joining the list of projects that have raised big bucks without the help of traditional platforms, Crowdtilt founder and CEO James Beshara believes this is a strong indication of where crowdfunding is headed. The writing is on the wall.

That’s why Crowdtilt is today launching the first public version of Crowdhoster — its full-featured, open-source, customizable crowdfunding tool that will allow anyone to launch their own campaign without having to touch a line of code. Built using Crowdtilt’s API, Crowdhoster gives both individuals or businesses the ability to set up and own their own crowdfunding page.