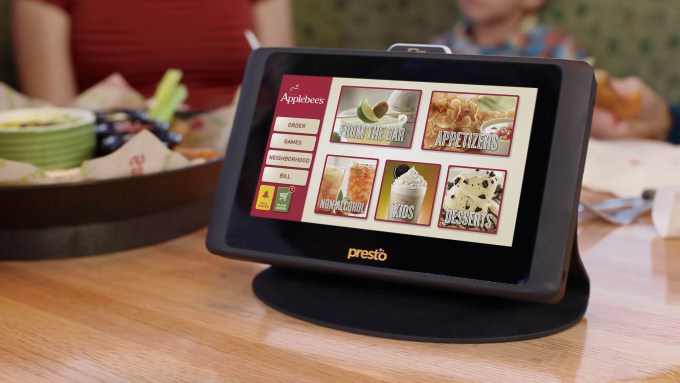 Applebee’s, the largest casual dining chain in the U.S., has signed a deal with restaurant tablet hardware and software provider E la Carte, which will see it introducing 100,000 tableside tablets to its locations starting in 2014, with the rollout completed by year-end. This represents one of the largest tableside tablet rollouts to date in any private enterprise, as Applebee’s serves around a million guests per day.

“Tablets are going to be in front of a lot more consumers at restaurants than they were before,” says E la Carte CEO Rajat Suri of the agreement with DineEquity, which operates the Applebee’s chain as well as IHOP.