EasyPost (YC S13) is a Stripe for Shipping, raises $850K and is doubling transactions every month 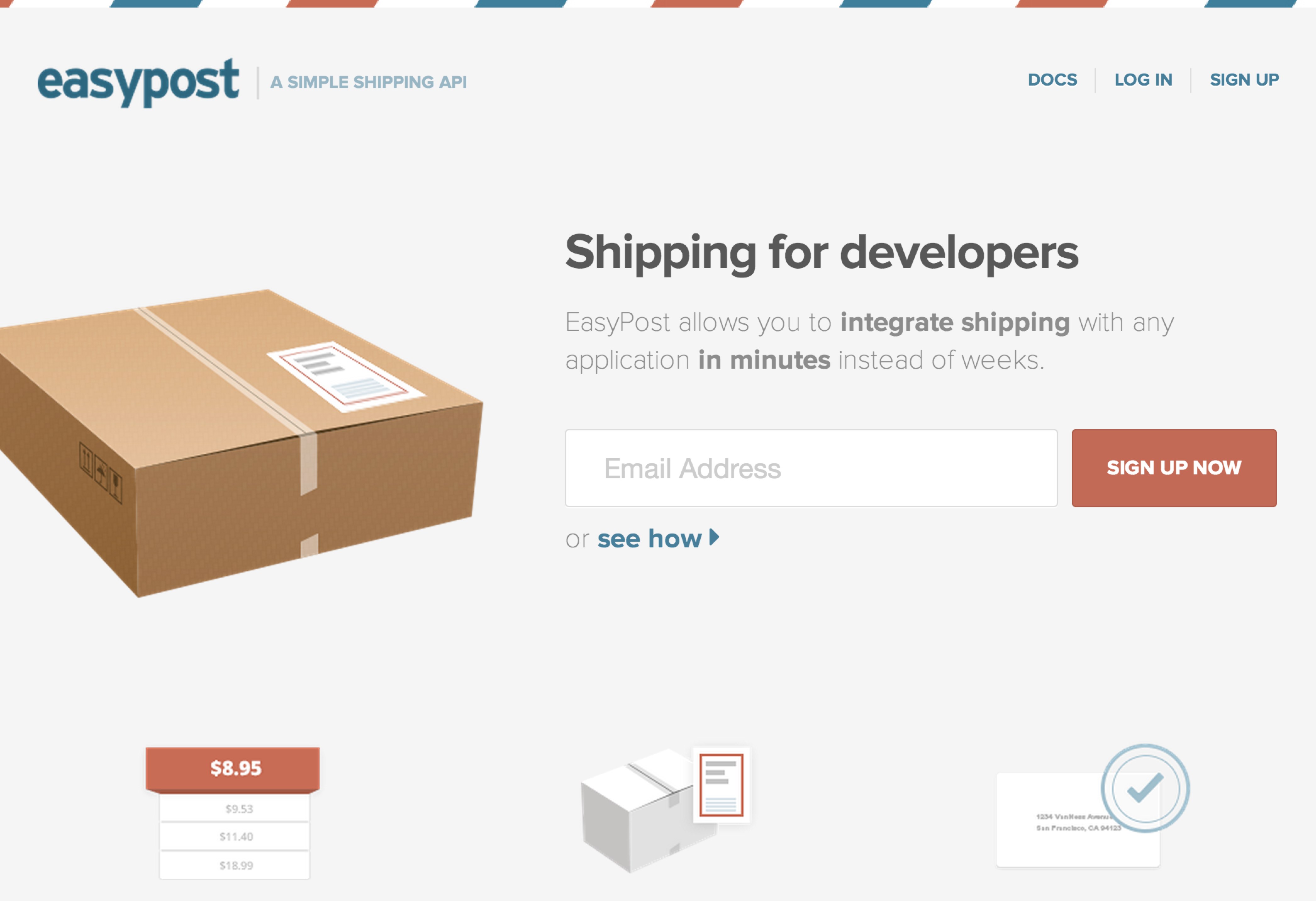 With more commerce moving online every day, the shipping industry is in need of innovation. And one of the bigger pain points developers face when trying to integrate postage and shipping into their applications involves the antiquated technology major carriers like FedEx, UPS and USPS provide – complex SOAP or XML APIs that most developers would say are a nightmare to work with. San Francisco-based EasyPost is trying to solve that problem by offering a simpler, RESTful JSON API instead. Today, the company is announcing $850,000 in seed funding to help with those efforts.

EasyPost co-founder Jarrett Streebin says he came up with the idea for the service based on his own experiences with having to integrate shipping into some of the websites he had worked on in the past. These were generally just weekend projects he played with on the side while analyzing venture deals for a private investment fund at his day job.

Need shipping for your e-commerce site? Use the EasyPost API