Marc Cuva is the lead Product Manager at ReadMe (YC W15), where he was also the company’s first full-time engineer. Learn more about Marc’s impact on the company vision, his transition to product, and the mentorship he’s gotten from ReadMe’s founder to further his development.

See open roles at ReadMe, or check out Y Combinator’s Work at a Startup, where there are thousands of jobs at well-funded and vetted YC companies, ranging from seed-stage to later-stage, including Brex, Segment and Instacart.

Ryan: Even though this series is about early engineers, I want to start with your current role as Product Lead at ReadMe. There are so many engineers who are curious about product management — what it’s really like.

It’s both the most fun and the hardest job I’ve had. It’s fun when I get to envision where the company should go, and then help make it happen. And on a day-to-day, I have a lot of say, a large voice in setting that direction. That’s really exciting.

It’s also the hardest because my entire job is convincing people why they might want to do things. Every other team has their own priorities, their own project they want to work on. And they’re not wrong. They have a responsibility to help improve the business, and they do.

But my job is trying to get everyone behind a shared product roadmap. And that’s tricky. It requires a lot of advocating, saying why what I believe is important, and getting other people excited about it too. On the hardest days, sometimes it feels like I’m not doing anything.

Ryan: So what have you found to help you rally people behind your ideas?

One thing is having started at ReadMe early on. I’ve been with a lot of the customers from the beginning. Even when it was small, the three of us [Marc, Greg and Ashley] were always talking to customers. I feel like I’ve had conversations with them along the entirety of their usage of ReadMe. And they’ve been telling me all along what’s working, what’s not working, and where they want us to go.

The other thing that helps is remembering that we have two customers: the people who set up ReadMe at their company, and the developers who actually use the documentation. And the developers are hard to connect with, because they’re two degrees of separation removed from us. It’s my job to understand what the developers want, to put myself in their shoes, and to design features that will make the developers’ lives better, and our customers more successful with driving adoption of their APIs. 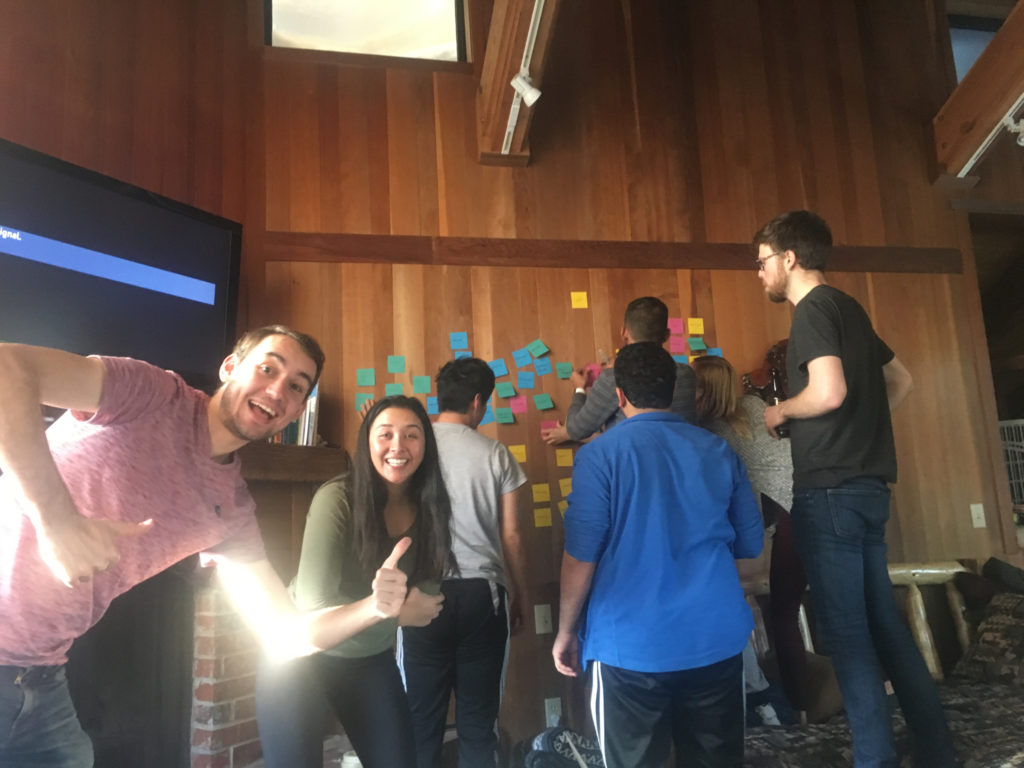 Ryan: That just sounds like more people to convince of your roadmap.

[Laughs.] Yeah, OK, it is. And maybe 4 years ago, I might have not been as inclined. But once you get people on the phone, they’re reasonable, and they always have insightful things to say. Also, everyone’s excited about hearing new things, giving input on your product ideas. Everyone wants to be a part of the process. That actually gets me excited about it.

It’s easy to get focused on building a single thing, an incremental improvement. It’s not as clear what you should be building long term. And getting on calls helps clarify the direction we should takeL sometimes it’s confirmation, other times it’s clear we have to abandon an idea.

Ryan: So how did you even find ReadMe in the first place?

I kind of lucked into the job. I saw Greg’s job posting on Hacker News and applied to it. We had a quick 30 minute phone call the next day and hit it off really well. He asked me to do an onsite, and I show up at the office: it’s just a live/work space in SOMA, and he’s living downstairs. At that point, the company was just him and one other person helping out in between jobs. Anyway, Greg asked a lot of technical questions, to get a sense of my ability. And within a day, he offered a job.

Even with an offer, I was unsure what I wanted to do. I was actually on an internship between sophomore and junior year of college [at the University of Minnesota at Minneapolis], and all I knew was that I didn’t really want to go back to the cold. It was a bit of a surprise to Greg when I told him, but he was really accommodating: he phrased my employment it as a 1-year internship to see where it would go. He even waived the typical 1-year cliff of equity vesting, in case I wanted to go return to school earlier. But probably a month in, we both knew that I was going to stay. We haven’t even discussed it since, so… I guess it’s now a full time job?

Ryan: How has ReadMe been compared to your prior work experiences?

Well, I was at Thompson Reuters right before ReadMe, where most people were writing tests or tiny Java applications. Luckily, I was on a small research team building one-off random things. My project was an angular app showing off all the Angular systems & dependencies between them.

That translated well to ReadMe because I was used to picking up new technologies, and just getting things working. Especially when I was just getting started. I prefer to be the “throw me anything and I’ll get it working” engineer, which fits extremely well with being at a startup.

Ryan: And what’s it been like working with the founder from the start?

It’s rare to meet somebody as considerate and willing to be helpful as Greg is. Around three months after I joined, I got into a pretty bad motorcycle accident. He gave me the time and space to get better. And he also gave me extra-large owl pajama pants to fit over my cast.

But that aside, he’s passionate about our product. He’s excited to solve problems. Every problem we’ve had here, he turns into a product. We had pain points around recruiting coordination, and he turned it into an internal tool he built that everyone now loves. There’s no problem Greg can’t solve with Javascript.

Ryan: And has that changed as ReadMe has grown?

Greg doesn’t have as much time to be building things; he needs to focus on managing, focus on what’s ahead for the company. And he’s gotten pretty good at it. He just raised our Series A. But ironically, we’ve been profitable from the beginning, so one thing that hasn’t changed is knowing that we’d be around, and — unlike other startups — I’ve never had to worry about having a job tomorrow.

For me, being here this long has felt like working at a hundred different jobs. I’ve done eng, support and now product. And my focus has gotten a lot more narrow. Luckily, I’ve been able to take over a lot of what Greg did, as a product-focused founder. I have to think about the product holistically. How does this all come together? How do these these pieces complement or contradict each other?

And luckily, Greg is still heavily involved in the product. He was a PM at Mozilla, has always been a great mentor and boss, and he wants to stay involved in where we take the company. And for me, that’s a great situation. Because in my eyes, what we have is good, but I want to focus on raising the polish from good to excellent. And that’s something you have to rally the team to get behind, all the time. 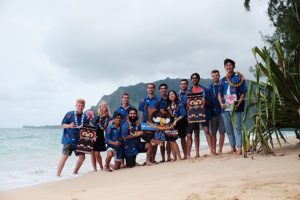 Employee #1Work at a Startup