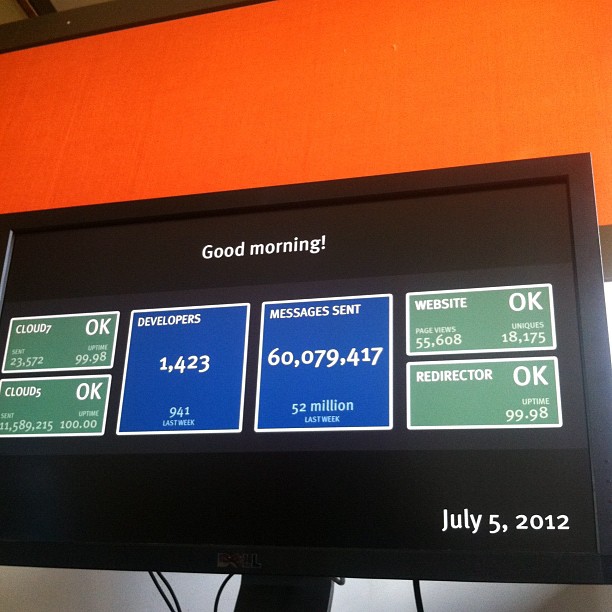 In its first day, Bridge signed up 1,000 developers. In the span of one week the messaging platform has delivered more than 60 million messages. It has had more than 500 server downloads.