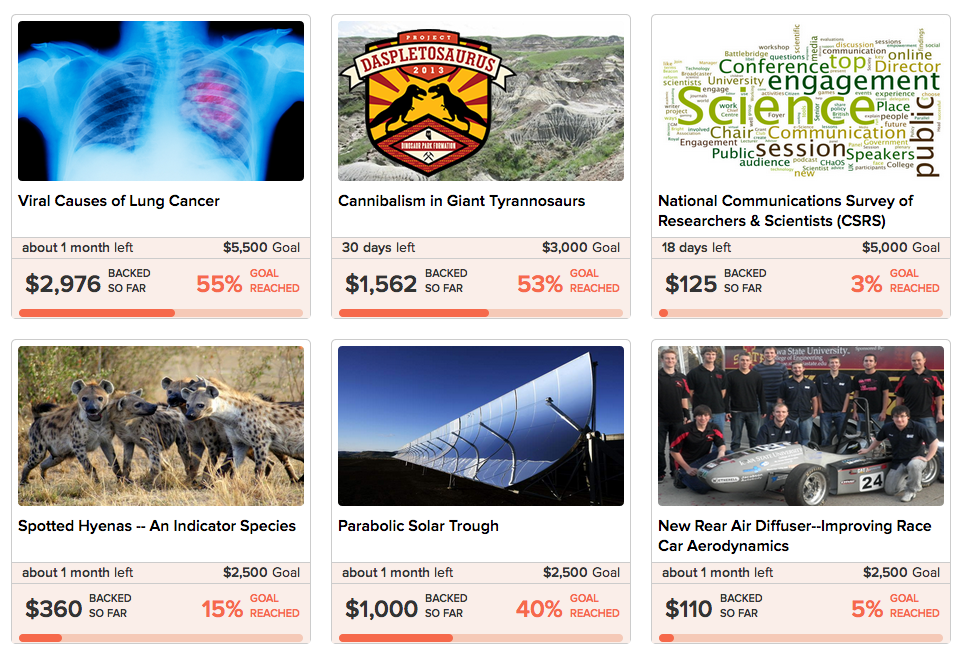 Do you want to know whether cannibalism existed amongst Tyrannosaurus Rexes or whether specific viruses contribute to lung cancer risk? Better yet, do you want to be part of making this research happen faster?

A Y Combinator-backed startup called Microryza is positioning itself as a “Kickstarter” for science research. The idea for Microryza sprouted when Cindy Wu, then an undergraduate at University of Washington, found that she had little hope of getting funding for studying a potential anthrax therapeutic.

She had discovered it after helping to create a video game that let regular people fold and create virtual enzymes. They came up with 87 different mutants that summer through the video game, and found that one could potentially treat anthrax infections after winning an MIT-based synthetic biology competition.