In 2014, YC had been funding startups for 9 years, but we’d mostly funded software companies. While we hadn’t funded many, we thought that the YC model might work well for hard-tech companies. We were especially interested in synthetic biology and the intersection between biology and computer science.

At the time, the first SynBioBeta conference had yet to be held and the first synthetic biology startups had just been started. But we thought that the potential was interesting enough to put out a “Request for Startups” on our blog, a call for people working in this area to apply to YC. Here’s what we wrote:

“Biotech. It’s still early, but it seems like we’re finally making real progress hacking biology. There are so many directions this can go—fighting disease, slowing aging, merging humans and computers, downloading memories, genetic programming, etc. We are certain that this is going to be a surprising, powerful and controversial field over the next several decades—it feels a little bit like microcomputers in the 1970s.”

The Ginkgo Bioworks founders read this and got interested in applying to YC. A couple of months later, they became the first biotech company funded by Y Combinator.

When Jason, Barry, Reshma, Austin, and Tom joined YC, they’d already been working on the technology behind Ginkgo Bioworks for a number of years, funded by several million dollars in scientific grants from the US Government. But they were just on the cusp of figuring out a sustainable business model for their organism engineering platform and getting their first customers.

Ginkgo planned a unique business model where instead of producing chemicals themselves, they’d engineer organisms and license them to other companies. This would allow them to avoid the challenges faced by other synthetic biology companies that had to do capital intensive build-outs of massive fermentation facilities. In the end, this proved to be a fundamentally sound business model that would be gross margin positive from the beginning.

During YC, they still needed to prove that customers would pay for it. So during the three months of the program, they worked tirelessly to finalize deals with customers, closing $1.2M in milestone contracts. They also figured out the right way to explain Ginkgo to investors, which was not easy because their vision was so far ahead of their time.

In their Demo Day presentation, Jason Kelly crisply articulated the bold vision that has been behind Ginkgo from their origins at MIT to the present day.

“We’ve used robotic engineering and software to reduce the cost of genetic engineering by a factor of 5x in the last two years. This is the beginning of a Moore’s law for genetic engineering…. The last 20 years of biotechnology have been the punch card era of biotech: slow, manual, tedious programming of organisms…. Imagine what can be done with a modern programming stack on top of biology. That’s what we’re building at Ginkgo. If that sounds cool to you, you can find us in the Jurassic Park t-shirts” 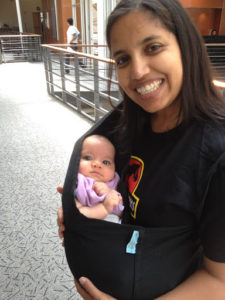 With this expansive vision and their solid commercial traction, Ginkgo successfully raised their first financing round at the end of the batch.

Since then, they’ve executed brilliantly. They delivered on their early deals with customers, creating breakthrough organisms that produce flavors and fragrances for some of the world’s biggest corporations. They built a massive organism engineering foundry in Boston that looks like a scene out of a science fiction movie. They hired many of the brightest scientific minds in the field. As they expanded into new areas, they spun off multiple companies as joint-ventures.

The Ginkgo Bioworks founders have also become some of the best evangelists for the field of synthetic biology as a whole. Through their regular appearances at YC events and conferences like the annual iGEM competition, they’ve inspired many young scientists to enter the field. In 2019 YC launched a partnership with Ginkgo to let new synthetic biology startups use Ginkgo’s foundry to launch.

When the pandemic started in March 2020, Ginkgo sprang into action. They converted some of their massive foundry into a covid testing lab, quickly becoming one of the largest and most automated covid testing labs in the country. That they were able to build a completely different business so rapidly, outcompeting long standing incumbents, is a testament to the brilliance and agility of the Ginkgo team.

While today is a huge milestone, it is still day one for synthetic biology and for the potential of Ginkgo to transform the way the world makes things. There is still much work to do to achieve Ginkgo’s Demo Day vision of biology as easily programmable as a computer. But for now, we’re very proud to have been the first investor in the world’s most iconic synthetic biology company.

Our mission is to make biology easier to engineer.