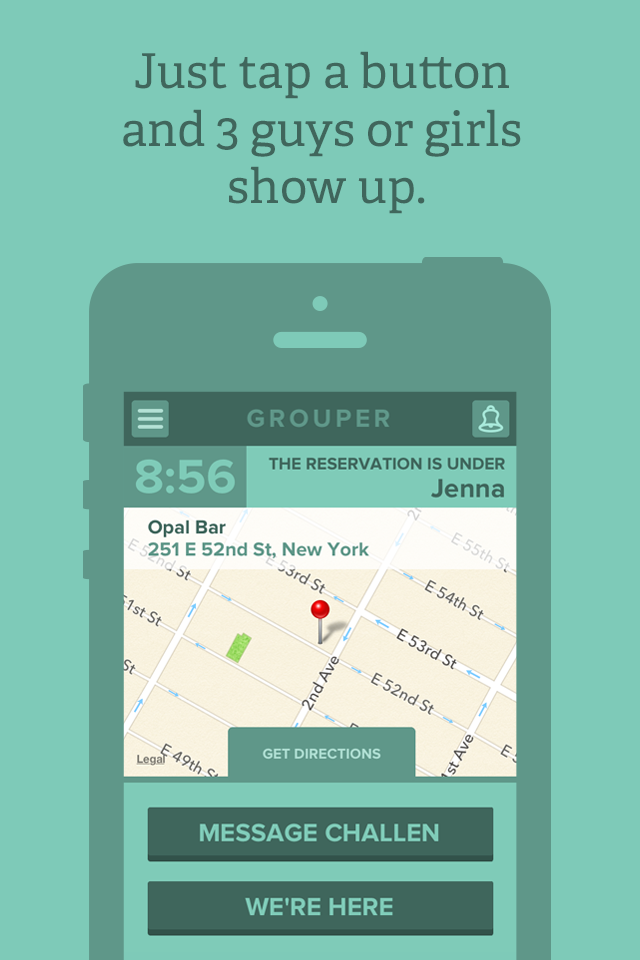 Since graduating from Y Combinator in 2012, Grouper has been on a mission to help busy, overworked young people get away from the glow of computer screens and out into the real world to meet new people. To do that, the startup sends its members on “Groupers,” which are essentially blind, group dates between two groups of friends, designed to take the awkwardness out of one-on-one dating.

Eager to avoid being seen as another dating site, the startup instead wants to appeal to younger generations who prefer casual meetups over drinks at a local bar to traditional “dinner-and-a-movie” dates. Since launch, the service has expanded into 20 U.S. cities, and members have shared hundreds of thousands of drinks. Up until now, Grouper has existed exclusively on the Web, but today the startup is looking to take its offline social network to the next level by bringing Groupers to the iPhone.