Today we’re excited to launch an official Hacker News API. We’ve partnered up with Firebase (YC S11) so that the data we’re making available will be near real time, which should be a huge improvement for developers who had to rely on scraping the site for this info.

The API is available at https://hacker-news.firebaseio.com/ with some initial documentation and a few examples written by our own Nick Sivo on the Hacker News Github account. Currently, it’s read only, but we hope to improve it over time and may later enable access to private per-user data using OAuth. 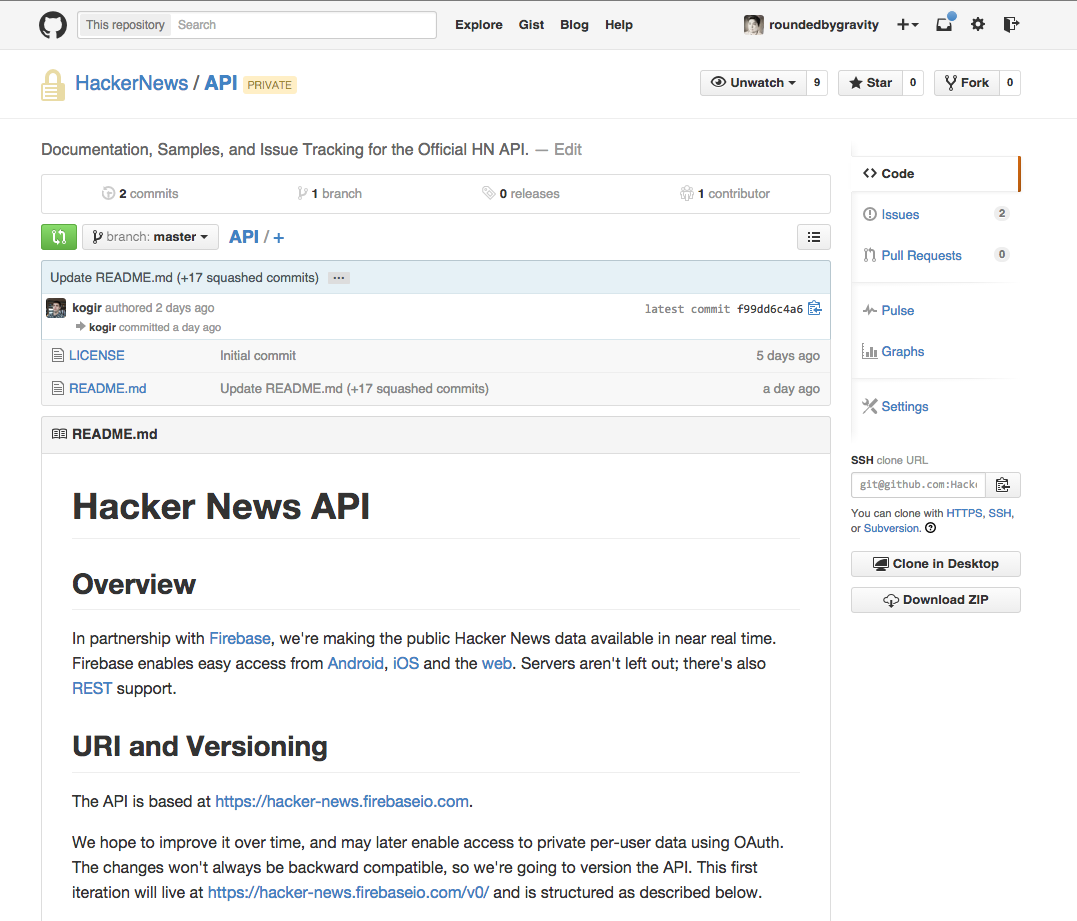 Most importantly, the reason we released an API is so that we can start modernizing the markup on Hacker News. Because there are a lot of apps and projects out there that rely on scraping the site to access the data inside it, we decided it would be best to release a proper API and give everyone time to convert their code before we launch any new HTML.

Our goal is to switch to a new rendering engine (still powered by Arc) in three weeks (Oct 28). This new markup will allow us to iterate faster on the frontend and finally make Hacker News mobile optimized.

This is one of the reasons why we chose to partner with Firebase. In addition to giving developers near real-time access to our data, we got out of the box well designed, easy to use SDKs for iOS, Android and the Web, in addition to a REST API for developers building server apps. It should hopefully make switching your apps fairly painless.

Many thanks to the YC Software Team for making this happen (specifically kogir, dang and sctb). If you have any questions or feedback about the API, you can send them over to api@ycombinator.com.