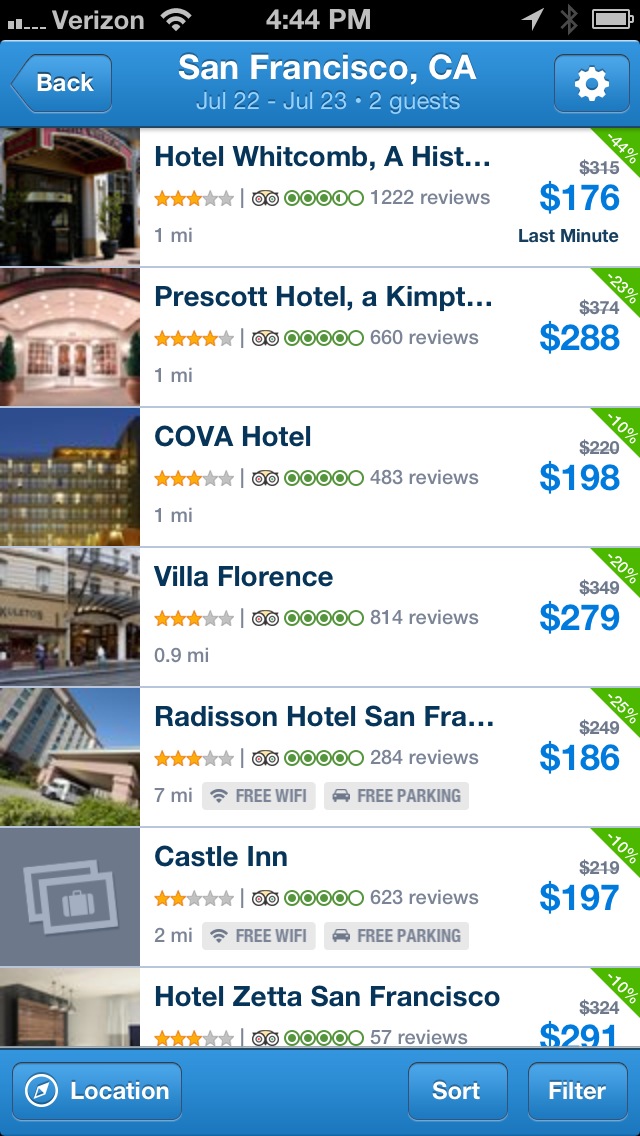 Travelers who are looking to book a hotel at the last-minute should be able to find better deals with travel startup Hipmunk starting today, thanks to the launch of a new feature called Tonight Only.

The feature, which is available in Hipmunk’s mobile app only, will include hotel deals that offer rooms with as much as a 60 percent discount on standard rates. Those deals can be viewed as part of Hipmunk’s general hotel search results (where you should also see slightly-less-last-minute discounts for hotels that are available up to 72 hours in advance), or in the separate Tonight Only section.

Co-founder and CEO Adam Goldstein said the company started to notice that people searching for hotels on Hipmunk fell into two distinct groups — those who booked in advance and those who were looking for last-minute accommodations. The second group is sizable (it accounts for more than 50 percent of searches on Hipmunk’s mobile apps), but the company hadn’t built any features to make their specific experience easier until now.

The idea of last-minute hotel deals isn’t new (indeed, it’s the main focus of startup HotelTonight), but Goldstein said Hipmunk’s approach is different from most deal providers because it aggregates deals from a variety of sources, giving users a broader selection to choose from.

“It’s basically a business model distinction,” he said. “With a big travel company, what makes their business tick is, they are the merchant who is going to process your credit card, who is going to collect your commission. We are a meta-search site and not ourselves a seller of travel.”