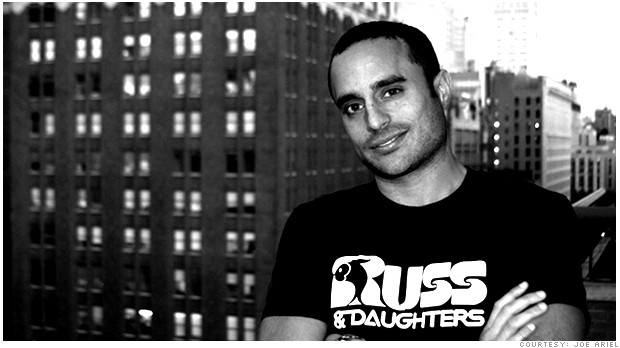 Joe Ariel is a New York City transplant who opened up shop in San Francisco with his startup Goldbely. The idea is simple: a food delivery service.

That’s not new, of course. But the company distinguishes itself by finding locally sourced gourmet foods from around the country and delivering them to a person’s doorstep. And not just so-called gourmet food, either: Think cannolis from Carlo’s Bake Shop — of “Cake Boss” fame — in New Jersey, sourdough bread from Boudin in the Bay Area, Blue Bell ice cream from Texas, or a pastrami and corned beef sandwich from Katz’s Delicatessen in New York City.

Ariel, 37, wants to help local purveyors gain a national audience. He calls it “democratizing the food industry.” And lest you think he is just one more in a long line of trendy food entrepreneurs, Ariel insists that he dislikes the pretension of the word “foodie” (preferring to call himself a “food explorer”) and simply wants to share the best that America has to offer.

Ariel is a serial entrepreneur — he was once the CEO of Delivery.com and Eats.com — and holds a bachelor’s degree in economics from Vanderbilt University. He spoke with us.

Read all 10 questions at Forbes