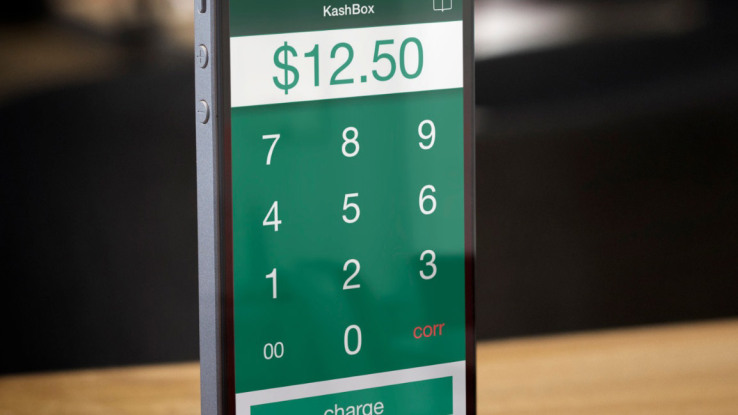 If you’ve been to a Starbucks in the past year or so, it’s almost guaranteed you’ve seen someone in line pay with their smartphone by opening the Starbucks app and holding a bar code up to a scanner. Kash is hoping to bring the same experience to other retailers and small businesses while cutting out one of their biggest costs: credit card fees.

Users just have to install the Kash app for iOS or Android. Unlike the Starbucks app, which forces you to create an account and enter your credit card information the first time you use it, Kash’s app just shows a green debit card labeled “tap to pay,” and the first purchase is on them. It’s a smart way of jumping straight to the best part of the app experience, even if the card does seem weirdly skeuomorphic in the otherwise flat iOS 7-style interface.

Kash gets around credit cards entirely, letting users pay straight from their checking accounts by entering their online banking log-in info, as you would with an app like Mint. Some people might not be comfortable with that, but Kash promises that it fully covers any fraud that could result from using its app. Since payments are being handled directly, retailers get paid for their sales in a day instead of potentially waiting days or weeks for things to go through traditional processors.