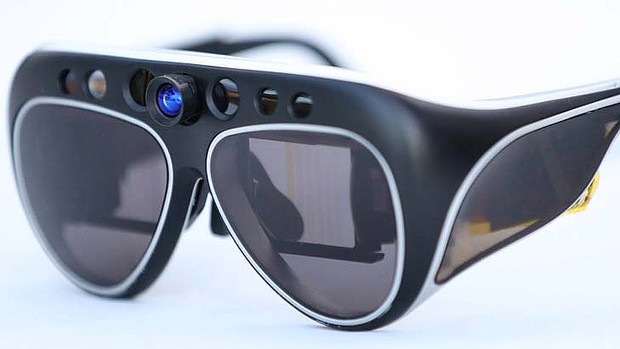 An Australian and Israeli who met in a university maths class in Sydney are taking on Google with augmented reality glasses they say is the computer of the future.

Google computer engineers on salaries of $US250,000 ($279,673) think the project is so exciting that they’ve left the tech giant to work at the start-up for less pay, lured by stock options that could net them a windfall if the company is acquired or lists publicly. Former NASA and Microsoft employees have also joined the project.

Looking like a cross between ski goggles and Ray-Bans, Meta SpaceGlasses allow wearers to see and interact with virtual objects in 3D space with their hands. Wearers can see the non-existent objects thanks to tiny projectors in the glasses, while sensors detect hands and allow interaction.

“The easiest way to think of it is if you’ve seen the movie Iron Man,” says Sand. “He walks around the room and there are holograms and he can pick them up and grab them and manipulate them. That’s what we’re building. And it’s all in a pair of glasses.”