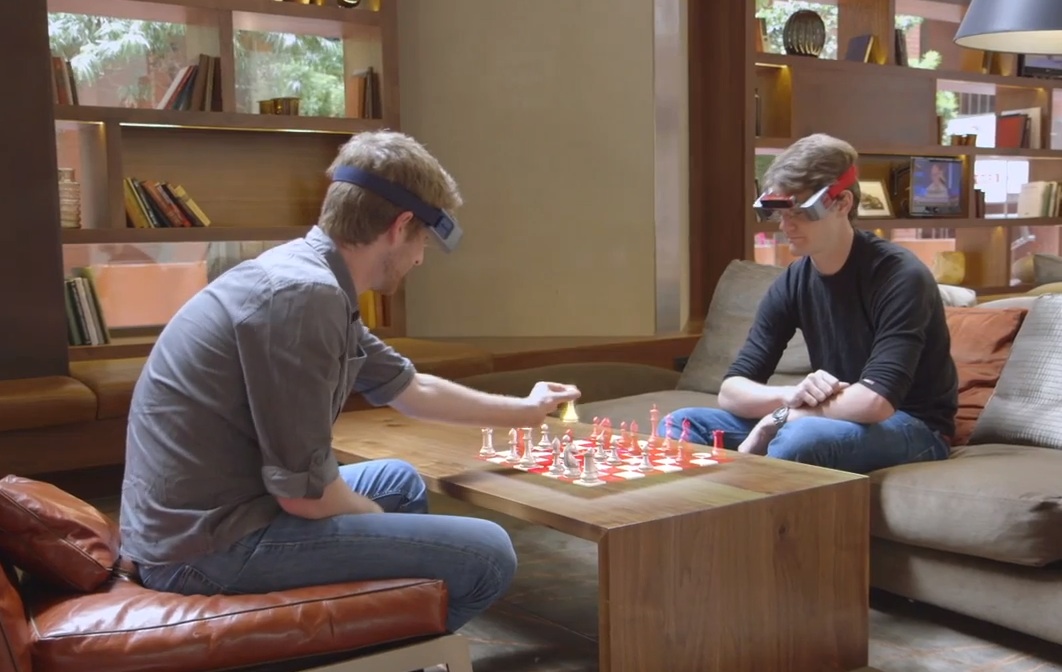 Over a year after the announcement Of Google Glass, many folks I talk to still seem to be misunderstanding what Glass can actually do.

“It’ll be great for Augmented Reality!” they say, assuming that Glass can render objects directly into your full view of the world (it can’t.) “Ooh! It’ll be like Minority Report!”, expecting Glass’ camera to pick up your every hand wave (it doesn’t.)

Then they try on a pair and realize that… well, that’s not what Glass is. But it’s what Meta is aiming to be — and their first (read: still a bit rough) version is going on sale to the public starting today.

To picture the Meta, picture a pair of glasses — or, more accurately in its current stage, a pair of safety goggles. Put a translucent, reflective surface in each eye piece, displaying images on top of your field of view as piped out of a tiny projector built into each arm of the frames. Take a couple tiny RGB/Infrared cameras — essentially a miniature Kinect — and strap them to the frame. That’s the Meta.

The Meta then plugs into another device to help it with the data crunching; right now, that’s a laptop. Moving forward, it’ll be your phone.

After flying under the radar for a bit over a year, Meta debuted itself to the world on Kickstarter back in May. By the end of their campaign, they’d nearly doubled their original goal of $100,000. They promised to ship those units to their backers by the end of this month, and they say they’re on track to meet that deadline — so now they’re opening up pre-sales of the next iteration to everyone.

To be clear, the hardware they’re launching today is still quite early. It’s perhaps a bit past the “Developers Only” level, but it’s still mostly meant for the hardcore early-adopters and tinkerers. Hell, its early state is reflected in its very name; this model is called the META.01, suggesting many a revision to come. The META.01 units are going up for sale at $667, with plans to begin shipping in November.

Read the full review of the META.01 at Techcrunch