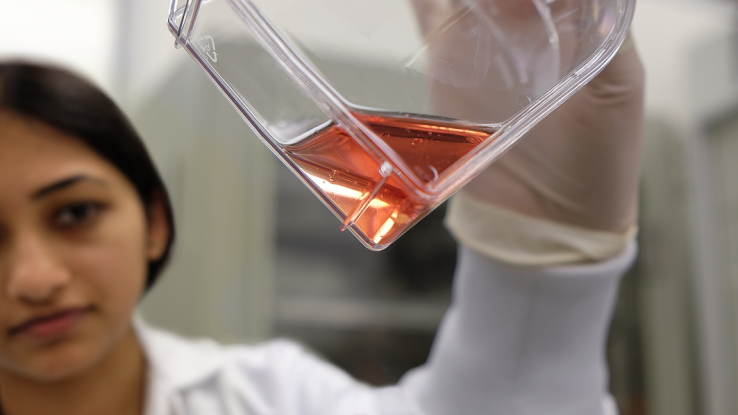 “Matt de Silva was working as a hedge fund manager with Thiel Capital in the fall of 2013 when he got the news that his dad had brain cancer — specifically, a Glioblastoma multiforme, an aggressive form of brain cancer.

There are very few treatment options for this type of cancer. De Silva’s father was told he had about 3-6 months to live even with chemotherapy and radiation. Most patients live 15 months with this kind of cancer.

It was a devastating blow, but de Silva was determined to find a better option for his dad. A bit of research into alternatives gave him an idea. He could use the known molecular structures of a combination of already approved drugs to fight the aggressive tumor mutations. “It became apparent to me that doctors and patients are open to this approach, but lack enough data to implement it,” he said.

This convinced de Silva to pair up with his running buddy and pre-med student Pete Quinzio to found the Y Combinator-backed Notable Labs, a personalized testing service for brain cancer patients that prioritizes combinations of FDA-approved treatments that can be immediately prescribed by a doctor.”