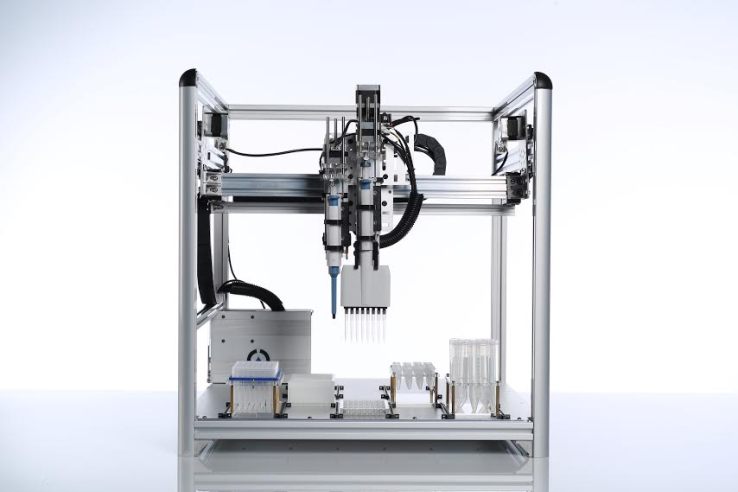 Despite all the technological progress that has been made in recent years, an astonishing amount of life sciences lab work is still done by hand. Many biology
experiments require the mixing together of fluids very precisely
under specific conditions — and very often, the bulk of this work is still done by human researchers using manual micropipettes.

OpenTrons is a company in our current Winter 2016 class that makes an affordable robot that can take care of this basic lab grunt work, allowing scientists to focus on more important things.

“‘Basically, if you’re a biologist you spend all of your time moving
tiny amounts of liquid around from vial to vial by hand with a little
micro-pipette or you have a $100,000 robot that does it for you. We’re a
$3,000 robot,’ OpenTrons co-founder Will Canine explained to
TechCrunch.

Canine refers to these more expensive machines as ‘mainframe’ machines – or computers that existed before the PC came about. He believes his machine is more like an actual PC.

These older, more expensive machines require engineers to run them on
the backend, but Canine says OpenTrons is ‘democratizing the tools’
that allow for sharing protocols. In other words, his $3,000 machine is
controlled by your web browser and allows researchers to download
protocols from the cloud to run experiments without the need for an
engineer to create the code first.”