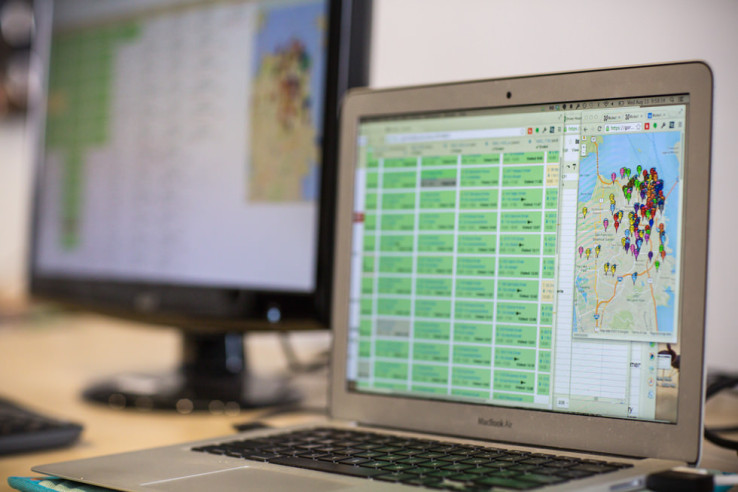 Rickshaw, the same-day delivery platform, launched today on TechCrunch after operating in stealth since the Winter 2014 batch of YC:

“Ever since Uber launched to enable users to hail a ride with a mobile app, any number of on-demand and same-day delivery services have emerged. In most cases, those companies end up building out their own logistics infrastructure and hiring their own delivery drivers.

But why keep reinventing the wheel if the delivery and routing part of the service isn’t a part of your core competency? That’s the thinking behind Y Combinator-backed Rickshaw, which hopes to enable companies to outsource the logistics layer of the local delivery process in a way that will make same day pickups and drop-offs more efficient for all.

Rickshaw was founded by Divya Bhat and Gautam Jayaraman, two MIT grads who have backgrounds in operations research and computer science. They began building Rickshaw, Bhat says, after she considered working on a startup that would require a fleet for deliveries. Rather than building such a fleet just for their own usage, or reaching out to others to rent capacity on their delivery fleets, the Rickshaw founders thought it made more sense for to work on solving the delivery problem for a bunch of different companies.”