Songe LaRon didn’t have experience working in the barbershop world when he first had the idea for Squire, a business management and point-of-sales software focusing on barbershop owners. He did, however, have firsthand knowledge of the customer experience.

Beginning at the age of six or seven, LaRon started frequenting the barber with his dad. Twenty years later, he realized the industry hadn’t evolved much. “It was very inefficient,” he said. “Long wait times, often a cash-based business, and it seemed like software was really touching every other part of modern life, except this one experience of getting a haircut was being totally unaddressed.”

Though they didn’t have a tech or startup background, LaRon and his co-founder, Dave Salvant, did have the keen ability to recognize an underserved market. “I like to base these things as much as possible on my own experience,” he said. “It’s much easier to understand something that you experienced yourself—that you’ve kind of been in the shoes of your potential customer.” From there, he built backward from the problem, recognizing the way software solutions like Uber had solved his own, extrapolating to imagine similar solutions for barbers. “Software is eating the world, but it hasn’t eaten the whole world yet, so there are still a lot of opportunities,” he says.

LaRon and Salvant have found a pocket of opportunity to elevate the archaic barbershop space. The six-year-old company recently closed a Series C, and has raised more than $100M in funding to date, backed investors like Y Combinator, ICONIQ, Tiger Global Management, Charles River Ventures, Trevor Noah and Stephen Curry. It’s certainly been a wild ride.

The Zigzag Line From Idea to Execution

LaRon and Savant did everything they could to get inside the mind of the barbers, shop owners and customers before officially launching Squire, with the hustle of two gritty, committed founders. They would talk to people getting haircuts in barbershops around New York City to identify key pain points—and sometimes, they’d even get their haircuts just to pick the brain of a barber. They were kicked out of the occasional shop, all in the name of market research.

The first idea they had was a mobile app, sort of like an “Uber for barbers” model, says LaRon. The only problem? They couldn’t get enough shops on board. “We would literally haul this heavy barber chair to different coworking spaces, and bring the barber to the customers because we couldn’t get the barbershops to use it,” he says.

LaRon and Salvant were pivoting their mobile app to a SaaS product to serve the entire barbershop—and had even purchased and started operating their own Manhattan shop—when they got accepted into their batch at Y Combinator in summer of 2016. They traveled back and forth from New York City to the Bay Area to attend. “It was super-hectic, but it was a lot of fun,” says LaRon.

After YC, growing Squire was a trial-and-error process. LaRon says he and Salvant had to learn what actions actually led to growth. “I will admit, you know, early on we went to CES, a couple of times and, and some other tech events and a bunch of tech events in New York… very little ever came out of that.” He quickly learned it was also important not to get “distracted by chasing status,” like press opportunities, speaking events, or things that feed the ego, and be very “mindful” of how you expend your energy.

LaRon says he honed in on best practices for measuring Squire’s success with highly specific metrics, figuring exactly what was moving the needle for the business. At Y Combinator, he learned to track these numbers weekly, which he insists is “a great habit to get into, especially early on” in the company’s life cycle. “It really forces you to be honest with yourself and how the business is doing,” he says.

This laser-sharp focus is paying off. After some those early pivots, Squire has hit its stride—especially during pandemic, when the need to streamline scheduling and payment within salons and barbershops was paramount. Squire has processed over $100M in payments to date, and can be found in more than 1,000 shops across the U.S., Canada and the UK.

Part of becoming a founder is accepting that chaos is a given. In talking to many later-stage founders, LaRon has learned that building a startup is always a messy process “if you look under the hood.” “Because they’re growing so fast and really operating at a certain velocity, they can get pretty big and still kind of have that chaotic atmosphere internally,” he says.

This is why he’s insistent that building the right team and the right culture is critical to Squire’s success. “Those early employees, you know, the first 10, 20, are really going to set the culture,” he says. “One toxic person could be deadly for a company and for the company’s culture.” LaRon says it’s critical to make sure all early employees are fully on board with the company’s mission. “If any of your early employees aren’t fully on board, they’re probably going to be the ones that are going to leave you when times get rough,” he says. Working for a startup is not for those who like stability and structure.

Having scaled from two to over 100 employees, LaRon tries to foster a culture of openness, where people feel comfortable sharing grievances or offering feedback. He’s also learned to do two things as a leader: Remain open to the possibility that he’s wrong, and keep a willingness to have his mind changed. “That’s why Dave and I get along really well, and rarely have serious conflicts,” he says. “When you have that kind of mentality, you don’t take things personal. You’re not personally attached to your opinion or to your argument; it’s really just trying to get to the truth of this, and nobody owns the truth.”

LaRon says that aspiring founders don’t always understand how so much of startup life is unglamorous, where it takes five, seven, 10 years or more to exit, or you’re lugging a barber chair around Manhattan to find early-adopters of your product (in his case). “A lot of people, especially, you know, a lot of millennials and younger, we’re used to instant gratification,” says LaRon. “This is a long haul. This is a marathon.”

But perhaps LaRon is luckier than many. He says the past five years growing Squire have flown by, and he’s not itching to get off the ride just yet. “I still feel like we’re just getting started,” he says. 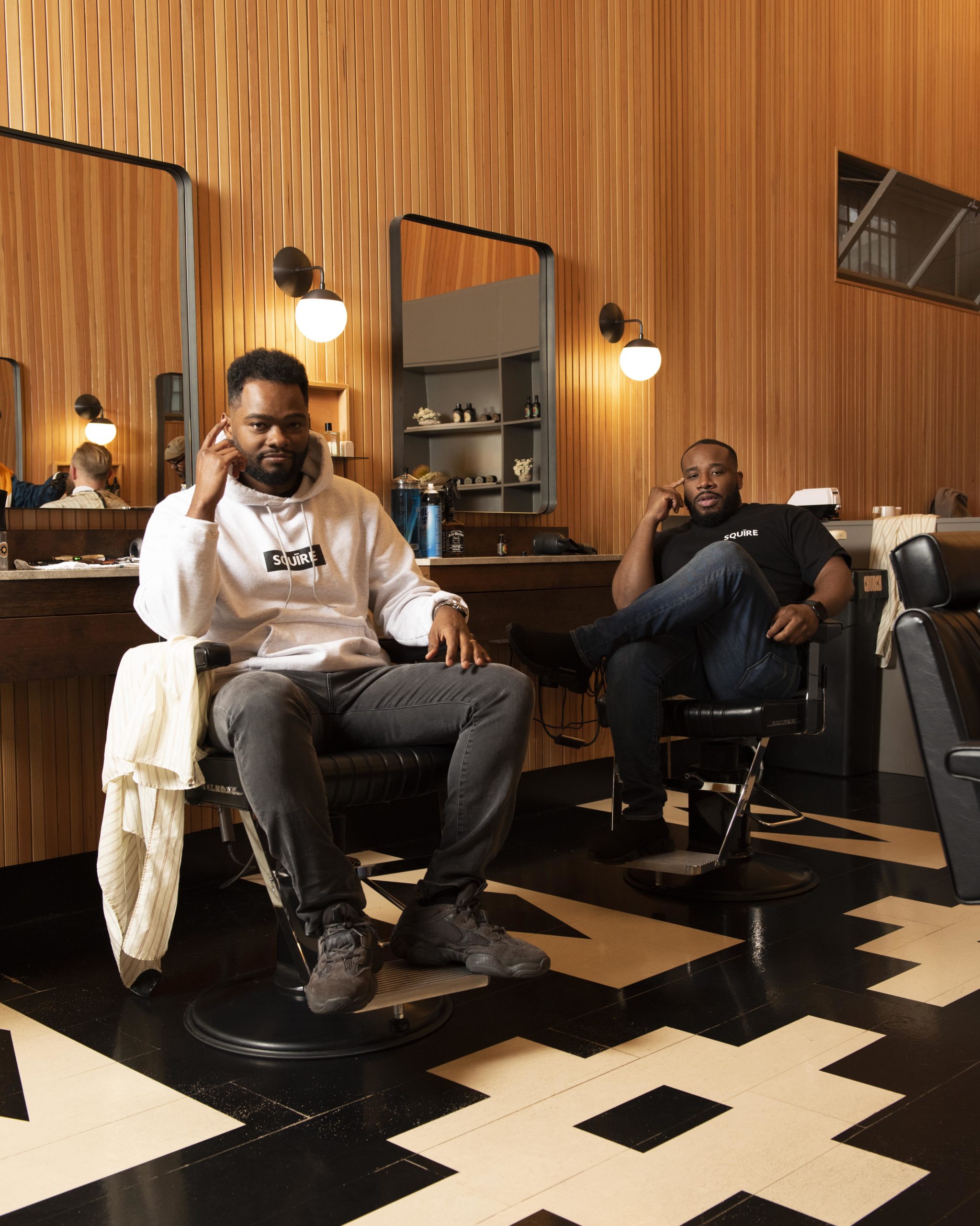 YC Founder Firesides: Brex on spend and speed as a strategy