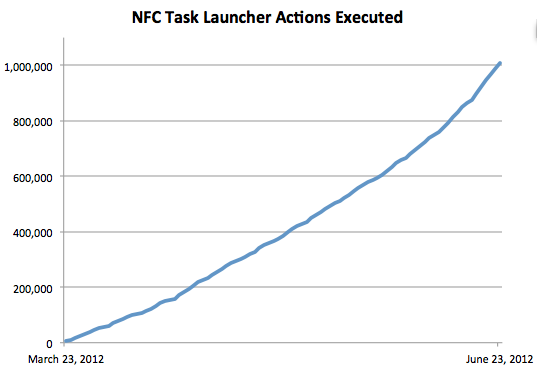 Last night, Google showcased Beam’s new functionality with two apps, Paper Camera and Tagstand’s Task Launcher. Y Combinator-backed Tagstand, in particular, has been on a mission to make NFC more of a mainstream technology and is starting to pick up steam as a result.

Tagstand co-founder Kulveer Taggar tells us that the startup saw a big jump in demand when the NFC-equipped Galaxy Nexus hit stores, so they rebuilt Task Launcher to include a bunch of new features — and a new interface — in March. Sales picked up almost immediately, and they went on to sell as many tags in March as they did during the entire month of June 2011 (when the app launched).