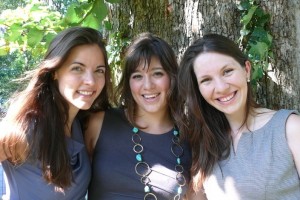 Searching for a job online involves scrolling through a lot of black and white text — the summary of said job, expected qualifications, etc.

The process itself is pretty lackluster. But entrepreneurs Alex Cavoulacos and Kathryn Minshew also think it’s out of touch with the high-tech world of today.

“For me, I spent months on job boards in 2010 and was frustrated by the experience. It’s antiquated and clunky, and there was nothing about a particular job posting that helped me favor one company over another,” said Minshew.  “You literally get a list of 5,000 jobs that look the same. It’s honestly one of the worst user experiences on the web, and we believed we could build something better.”

Building something better is exactly what they believe they’ve done. Their startup, The Muse, allows potential employers to interact with users through video interviews, giving job hunters a better sense of what it’s like to work at different companies. This web-based job community also offers career advice – helping people answer the age-old question: “What should I do with my life?”

“It’s definitely a huge feat and one of the things we realized is that people have a set number of options in their brain from when the time they are a small child,” said Cavoulacos. “You can be a doctor or a lawyer or maybe a fireman – and as you grow older that option set gets wider and wider but you still don’t know the full picture….We are really passionate about helping people widen their horizons.”

So far the company has 100 hiring partners, including AOL, Facebook, NPR and TED, that pay to be on the site. The founders have raised $1.2 million in revenue and say their company will be profitable within the year.