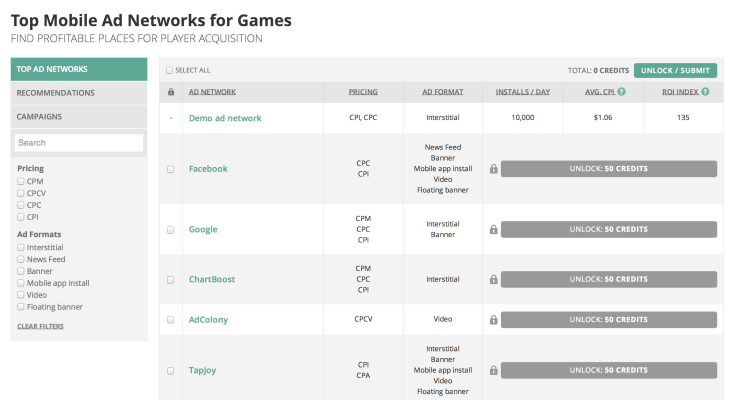 When we last checked in with New York-based Think Gaming, the company was hoping to create a sort of AngelList for mobile games in an effort to connect developers with strategic partners and investors. The company has refocused its business a bit since then, and is now seeking to help mobile game developers to get wider distribution by helping them to maximize their reach through install ads.

The company, which is part of the current Y Combinator class, has created what it’s calling a mobile advertising co-op. Through that co-op, gaming companies share data about the cost of the ads they’re purchasing across multiple networks, and the effectiveness of those ad networks.

App installs are a $10 billion global market, but until now most developers were in the dark about which networks perform best for their games, and the only way to find out was through trial and error. That gave major game developers like King and Supercell an advantage over indie gamers, simply because they already have the size, distribution, and marketing budgets to optimize their ad spend.