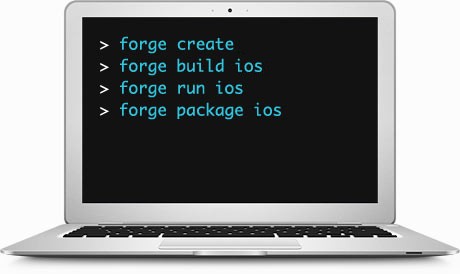 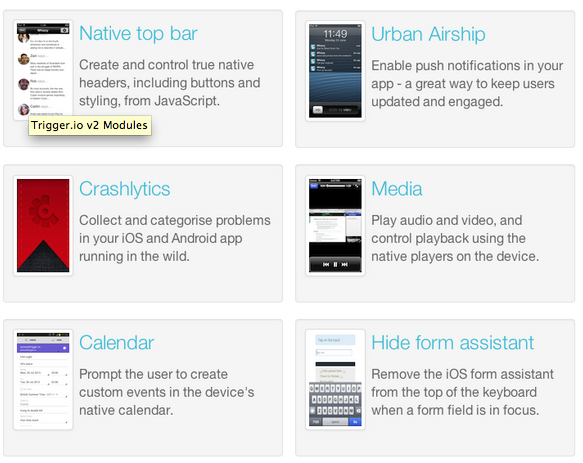 Today we release our v2 platform which enables developers to create and re-use native modules provided by 3rd parties.

In the past if you wanted to add a native feature to your app that was not supported by existing Trigger.io Forge APIs, you would have to dive down into native code yourself or hire a contractor to do that. Trigger.io v2.0 is a big deal since developers can now make the native modules they’ve built on top of Trigger.io available for re-use.

Ultimately this means you’ll be able to select from a much broader range of native features – both the core APIs built by our team and others contributed by 3rd parties – and combine them with the best of HTML5.

You can see some examples on modules page right now:

Read the full article on the Trigger.io Blog