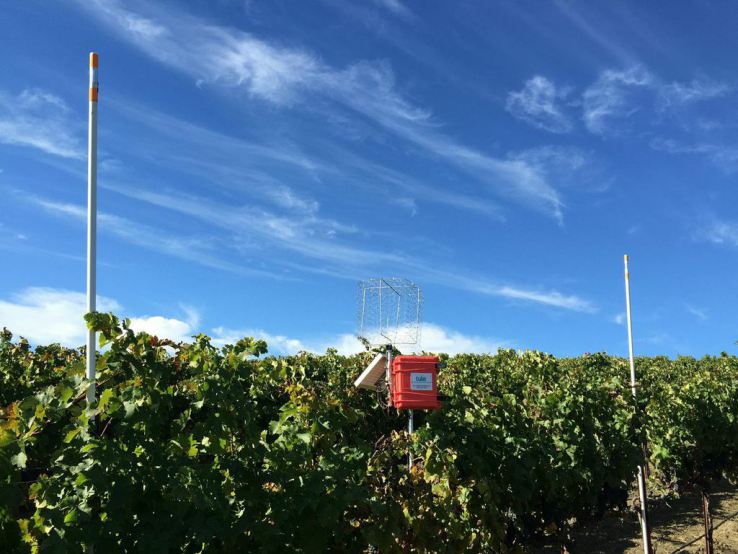 “Thanks to several technological improvements over the last century, life for farmers is much easier than it used to be. But managing water consumption and distribution on farms is still a fairly manual process. Farmers have traditionally hired farm hands to drive through acres of fields and manually check the health of their crops and wetness of the soil.

Y Combinator-backed Tule (pronounced too-lee) aims to simplify the process with a device that senses plant moisture from a large area of land. It works by measuring something called evapotranspiration, or the amount of moisture released by plants into the air. The sensors collect data from the evapotranspiration and then send it to the site’s servers…

The sensors could also possibly help prepare farmers for the future of global food production. There will be an estimated 9 billion people in the world in the next 35 years. A Food and Agriculture Organization of the United Nations forecast predicts farmers will need to increase production by 60 percent to meet demands. Shapland says his sensors could increase yield by 30 percent if farmers get the irrigation just right.”