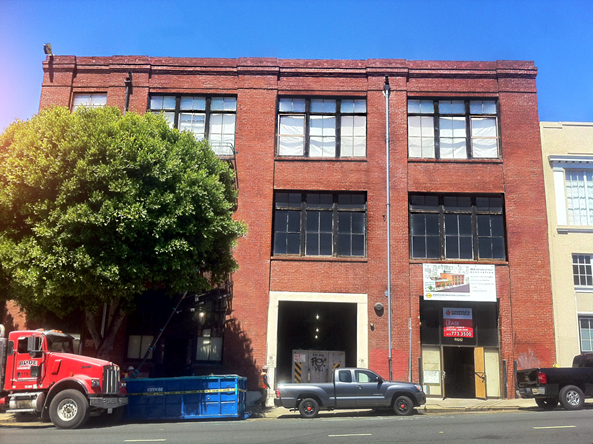 Weebly, the service that lets you, your grandma and anyone else build a website for free, is growing fast. The startup launched out of Y Combinator in 2007 and today hosts over 15 million sites, which together see more than 100 million unique visitors each month. But they also expect this growth to continue, as Weebly co-founder David Rusenko tells us that his company has signed a lease on 36,000-square feet of a historic warehouse in SOMA in downtown San Francisco, which will become its new headquarters.

Not only that, but as the anchor tenant of this new space, the company has the option to expand to 50,000-square-feet, which Rusenko says the company plans to do. As a comparison, Weebly’s new office will be nearly five-times the size of its current space in Pac Heights, which is a puny 11,000-square-feet.

Besides the fact that the warehouse that will play home to their new headquarters is apparently the “last brick-and-timber warehouse in SOMA to be converted to a more modern setup” — and is where many of the grapes would be shipped from Napa to make wine in San Francisco, Rusenko says — the reason for the move is that Weebly plans to hire hundreds of new employees and it’s going to need somewhere to put them.

Weebly plans to move into the new space sometime in early 2014 and over the next couple of years plans to grow to up to 600 employees globally — most of whom will be located in San Francisco, the co-founder tells us. When Weebly moved into their current offices in 2011, the company was just 19 employees, a team which today has grown to 80.