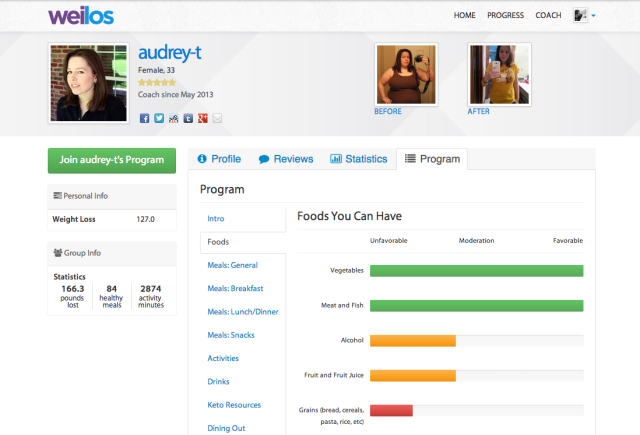 A new startup currently participating in the Summer 2013 cohort of Y Combinator called Weilos wants to make weight loss attempts more sticky and more accountable by pairing those with weight loss goals with coaches who have already achieved theirs for personalized, one-on-one training. It’s yet another example of the crowdsourced services economy at work, and one that also hits the current hot spot of health, diet and fitness.

Weilos is the product of a union between co-founders Ray Wu, an MD from Cornell, and Alex Perelman, a former Activition employee with an MBA and a degree in Computer Science from Berkeley. Both wanted to effect change in the world to address the growing concern of obesity in the U.S., in a way that would actually work; it’s an oft-repeated refrain, but the fact that obesity levels continue to rise proves that no one yet has come up with a good solution.

Where Wu and Perelman’s concept differs from most is that it recognizes 1) there’s no such thing as a one-size-fits-all solution to well-being and weight loss, and 2) the best way to promote continued use of a program is to build in some kind of direct personal interaction, and personal accountability, rather than just trust users to follow a program on their own.