Boom was founded on the philosophy that we need to overcome the challenges of passenger supersonic flight, not surrender to them. Our vision is a world that is more local, enabled by affordable high-speed transportation. Boom is based in Denver, Colorado, where we are designing, building, and flight testing history’s first independently developed supersonic jet. Virgin Group has signed up to be the launch customer, with options on the first 10 aircraft, and Boom has announced partnerships with suppliers including Honeywell and The SpaceShip Company. The Boom’s world class engineering team comes from places including SpaceX, Boeing, Gulfstream, Virgin Galactic, Scaled Composites, NASA, and Adam Aircraft. We have uniquely challenging and world-changing opportunities for the most talented aerospace engineers, designers, and business people. 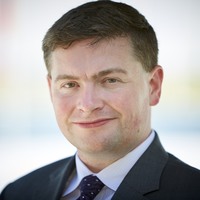