Driverless electric vehicles at a fraction of the cost of a car.

Faction develops driverless vehicles that have the speed and performance of cars, but at the cost of a motorcycle. We do driverless combined with remote human supervision, so we’re not gated by waiting for 100% autonomous technology. Initially we’re focusing on micro delivery and vehicle-on-demand, where you can summon a vehicle and drive it yourself. Faction prototypes are in operation now and we're preparing for on-road trials in Fall 2021.

Currently CEO at Faction Technology. Prior to founding Faction, Ain has focused on autonomous systems on everything from light electric vehicles to the first successful driverless semi trucks to run on public highways. Before getting in to the vehicle space, Ain spent a number of years in consumer electronics at Netflix, Dell, TiVo, and various startups. He began his career as one of the founders of Palm Computing developing the original PalmPilot handheld digital assistants. 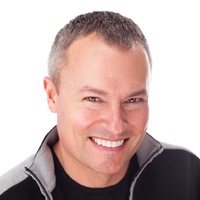