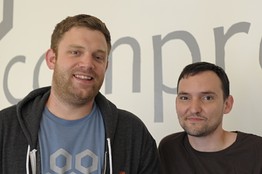 Sequoia Capital has led a Series A investment of $8.4 million in Comprehend Systems Inc., VentureWire has learned. The company’s software as a service helps the makers of drugs and medical devices tie together disparate software, systems and data that they use to advance through clinical trials.

Ultimately, Comprehend Systems wants to decrease the costs associated with clinical trials and increase the speed with which companies can bring tested, life-saving drugs and medical devices to people who need them, said Chief Executive Rick Morrison, the company’s founder.

Comprehend Systems, which has 11 employees, graduated from the Y Combinator accelerator in Winter 2011 and raised a $1.2 million seed investment, as VentureWire previously reported.

Joining Sequoia in the Series A round were angel investors including Aaron Levie, the founder of Box Inc.; the Life Sciences Angel Network in New York; and several other angel investors with experience in enterprise technology or life sciences.

According to Mr. Morrison, users of Comprehend Systems’ software-as-a-service include executives at medical device companies and drug makers, such as chief information officers and directors of data management or clinical operations, who need to understand the status of multiple clinical trials at once; managers responsible for making a specific trial run smoothly; and field workers in labs or clinics, who may work directly with patients.