Pheadra Ellis-Lamkins, Co-Founder and CEO of Promise, had witnessed technology’s impact on the work communities in which she’d been a part — and not always for good. In the labor force and the environment sector, she’d seen technology replace jobs, relegating janitors and receptionists to contract work. In the music industry, she’d seen artists’ content devalued with advances in digital innovation. “I went into tech to understand it,” she said.

Ellis-Lamkins decided to be a force for good within the tech world, narrowing her lens on helping underserved communities through govtech.

Meeting through CNN commentator Van Jones, Ellis-Lamkins worked with her co-founder Diana Frappier at multiple companies and organizations previously — like Green For All and Honor — before deciding to start Promise in 2017, joining the YC Winter 2018 batch. “When we went to YC, we didn’t know what we were going to do,” Ellis-Lamkins says. “We didn’t have an engineer; we just kind of had a vision of the system we wanted to change.”

Promise was born of their mission to serve communities who need more tech-enabled resources, helping people easily and effectively navigate government payments like utilities, child support, and parking tickets. The platform enables users to adopt customizable plans and digital payment options. Ellis-Lamkins and Frappier just closed Promise’s $20M Series A, which is one of the largest funding rounds for a Black, women-led startup with investors like Kapor Capital, Bronze, First Round, and Y Combinator.

Ellis-Lamkins and Frappier had long career paths — in social justice reform and criminal defense respectively — trailing behind them. They felt their backgrounds were not typical of a Y Combinator applicant. “We were so different [compared to our peers],” Ellis-Lamkins recalls. “The first time I went to YC, I felt 100 years old, because I came in a minivan and had to go pick up my kids after my YC interview.”

Ellis-Lamkins says she was surrounded by a lot of people who had already developed a prototype for their tech company; she tried to convince Frappier to leave the day of the interview. “Of course, I gave the wrong phone number, so I never got a call from Michael [Seibel] to tell me we got into YC; I thought we didn’t get in, and they were so rude they didn’t even call to let us know,” she says with a laugh.

After those initial bumps, Ellis-Lamkins made the Y Combinator experience work for her. It was less about meetups with her batchmates, and more about the structure YC provided for building the fledgling Promise. “It just put us on a timeline of when we needed to achieve things,” she says. “Office hours were also really helpful, because it was coaching; I probably met with Gustaf [Alströmer] and Michael 10 times, right before getting ready for fundraising. We went, we acted as though they were a staff, went through every deck, had them give us feedback, and iterated.”

The approach worked for them. The Promise founders launched out of the program with $3.9M in seed funding.

Failure and success often run in tandem, with one following the other. It’s a throughline in Promise’s story; Ellis-Lamkins and Frappier are interested in helping people who are financially struggling to succeed in managing government payments — whether it’s a family struggling to pay rent, a young worker laid off during Covid-19, or even a parking ticket someone simply can’t afford to pay off in one fell swoop. Over the past several years, the pair has managed to build a sustainable business while keeping a mission-focused core. Ellis-Lamkins believes there’s a myth of “people believing in social mission or believing in revenue, and not realizing you need both.”

She wants to succeed, become profitable and scale, because the more effective Promise is as a business, the more people the company can impact. Ellis-Lamkins says revenue is a strategy for change. In [Promise’s] case, we can control how the capital is made.” Ellis-Lamkins does this through making sure Promise’s clients have aligned incentives. She and Frappier work with people who are focused on “reducing debt, reducing harm so that people don’t end up in trouble and that’s an earlier intervention,” she explains. “We had to work with treasurers who wanted to have money, or mayors who wanted their cities to perform better, instead of people who are inclined to incarcerate people.”

All the while, Promise is growing, learning and making mistakes in order to succeed. In fact, Ellis-Lamkins thinks all entrepreneurs should be allowed the space to fail, which is a lesson she’s learned in Silicon Valley. “But I think we should acknowledge that for a lot of working people, and people of color, failure has different consequences,” Ellis-Lamkins says.

At YC, Ellis-Lamkins heard, “Pay yourself $50,000 a year.” But she couldn’t support herself and her kids on that salary. In this, she is an advocate for cushions for innovators and risk-takers, which will vary from entrepreneur to entrepreneur — especially those who don’t have privileged backgrounds. “We have to think about, ‘How do we create some safety nets for entrepreneurs so that people can afford the luxury of failure? Which most people can’t afford,” Ellis-Lamkins says. “I think the real thing I would say, which I say to our investors and to others, is we have to create the conditions for people who do not [fit] the pattern recognition to succeed.”

Certainly, she’s leading the charge with Promise, embodying how equipping an entrepreneur with the right tools can be a catalyst for success. 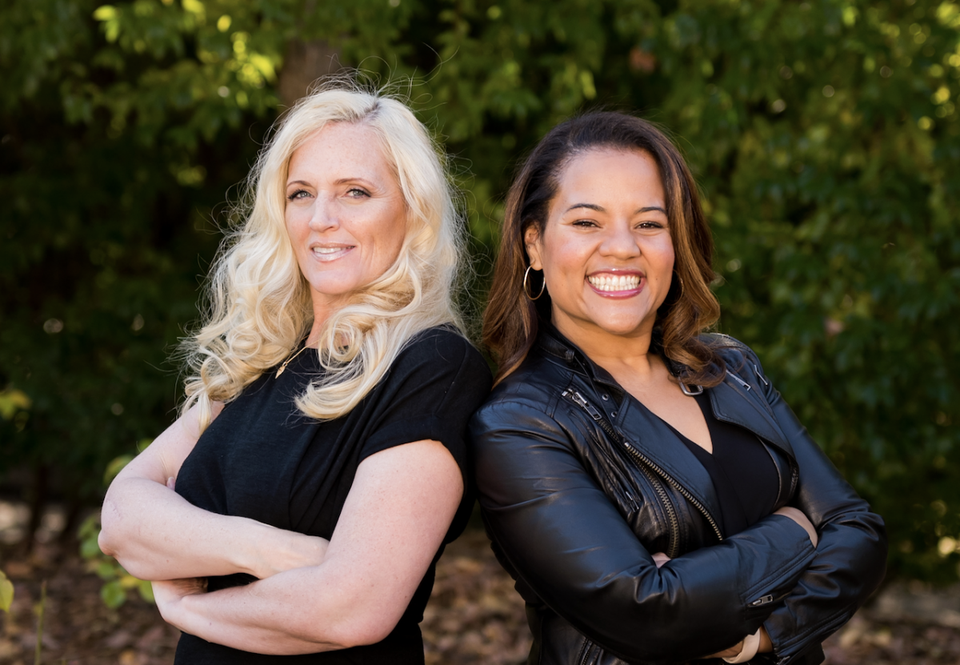