Abstra is a tool to make apps without coding. It is good for agencies who want to deliver faster results or non-technical departments that needs to iterate faster but depends on centralized engineering teams to implement everything.

I'm Bruno, founder of Abstra. I'm a computer engineer and programmer since 7. Previous Abstra, I co-founded an edtech called PaperX where I was CTO. I sold it during college to Descomplica (biggest edtech in Brazil) where I worked after as Product Manager and Tech Lead. Also, I co-founded a Game Studio called Sinextra where I was Game Designer before college. I love all kind of creative activities, from making music, comics, games or software. 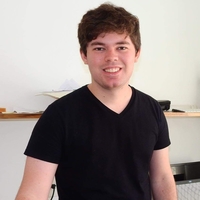