Brex is everything startups need to scale from MVP to IPO. Our missions is to empower the next generation of businesses with an integrated corporate card and spend management software. We make it easy for our customers to manage every aspect of spending and empower their employees to make better financial decisions from anywhere they live or work. Brex proudly serves tens of thousands of growing businesses, from early-stage startups to enterprise leaders. Brex offers: - Corporate cards with 10-20x higher limits - Business accounts with easy wires - Reward options that include billboards, offsites, and coaching - Founder-friendly financial modeling tools - Bespoke, long-term capital solutions - Special events and masterclasses for founders - Advanced spend management software as startups grow 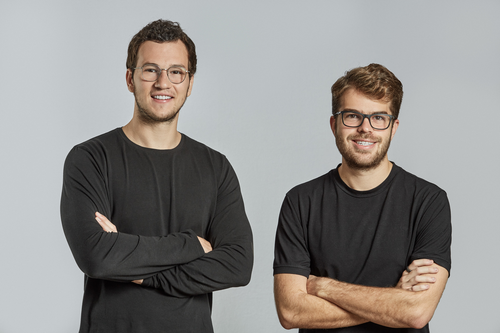 Henrique Dubugras and Pedro Franceschi founded Brex is 2017, but that’s not when their friendship and entrepreneurial journeys began. In 2012, Henrique and Pedro were both high school seniors living in Brazil (Henrique was in Sao Paulo and Pedro was in Rio de Janeiro). They were both interested in coding and software development, and met on Twitter when they got into a heated exchange about the nuances of coding tools. Twitter’s character limit didn’t allow them to go into too much depth about our respective arguments, so Henrique and Pedro decided to hop on Skype to discuss there instead. They instantly became friends. About a year later in 2013, Henrique and Pedro worked together to launch their first company, Pagar.me. Pagar.me was a startup that allowed Brazilian merchants to accept online payments, similar to what Stripe is now focused on. Three years later, Henrique and Pedro sold Pagar.me to Stone, a Brazil-based payments fintech company. This moment led them to the next part of our entrepreneurial journey, where they both decided to come to the U.S. after applying and being accepted into Stanford. Their time at Stanford didn’t last long though —Henrique and Pedro dropped out eight months later after they received funding from Y Combinator to start a VR company. They quickly learned, however, that they didn’t actually know much about the VR world and had a real passion for tech investing.As entrepreneurs themselves, Henrique and Pedro realized how difficult it was for founders to receive enough funding to launch their businesses. They initially wanted to build bank accounts for U.S.-based startups, but pivoted to creating a corporate credit card. Today, Brex has tens of thousands of customers including notable companies like DoorDash, Coinbase, Scale AI, Airbnb and more. Brex has also expanded outside of just being a corporate credit card for startups. Today Brex offers a whole range of services like spend management, business accounts, bill pay, financial modeling, venture debt, and more.