Some of the world’s fastest-growing companies rely on People.ai. Zoom, Datadog, PagerDuty, Twilio and TripActions have all been included in the Forbes Cloud 100 List, and we are proud to have helped them get there. Revered enterprises such as Cisco and PTC also rely on us to drive their critical sales and marketing initiatives. As we look toward the future, we see People.ai at the intersection of three critical trends that are reshaping business. These include the rise of the digital enterprise, the use of AI to drive better decision making and the empowerment of people to generate greater value for customers. People.ai allows enterprises to transition from analog to digital business by automating the ingestion of go to market data from primary sources like email systems. We then use AI to translate this information into recommendations (a kind of virtual co-pilot) that help sellers and marketers deliver more engaging customer experiences that translate directly into revenue and margin growth. In the process, we eliminate the toil associated with manual data entry. This frees employees to focus on high value endeavors like relationship building and innovation. People.ai stands alone in our ability to harness business activity to unlock growth for our customers. We’ve won 39 patents and have an additional 51 under review. We’ve also received validation via Gartner’s Hype Cycle for CRM Sales Technology 2019, inclusion in Forrester’s New Wave (expected publication Fall 2020), and rankings on the 2019 Y Combinator Top Companies List and the Forbes AI 50 list. As companies navigate the uncertainties of the current environment, the platform that we deliver has become more integral to their success. From monitoring and coaching remote sales teams to equipping marketers with employee sourced contacts that can be used to power virtual ABM programs, People.ai enables the remote workforce. We believe that as traditional business models give way to new paradigms, companies who embrace the opportunities that emerge will dominate the next era. People.ai is well poised to power a new generation of companies and the innovation they will drive.

Oleg is the CEO and founder of People.ai, an AI platform that drives intelligence and optimization for go-to-market teams. He is a native of Ukraine and moved to the US in the early 2000s, where he got his degree from Boston University. In early 2016 Oleg founded People.ai. Within 30 days of launching the company, they were accepted to Y Combinator, and have raised over $100 million, with rounds led by Lightspeed Venture Partners, Andreessen Horowitz and ICONIQ Capital. 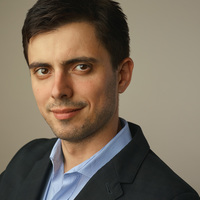