RevenueCat is a mobile SDK and API for managing in-app subscriptions We take the sting out of supporting the complicated subscription systems of the App Store and Google Play Store, and help you focus on running your business.

I'm a software engineer from Seville, Spain. I got my first computer at 8 years old and fell in love with technology. I moved to Silicon Valley to work at a startup called Elevate, which was awarded Apple's App of the Year in 2014. At Elevate, I met my co-founder Jacob and we learned first hand how challenging it is to implement in-app subscriptions. We decided to start RevenueCat, to make sure developers can make a living doing what they love, without having to focus on boring infrastructure.

I was an iOS engineer who got really mad at StoreKit one day and decided to do something about it. 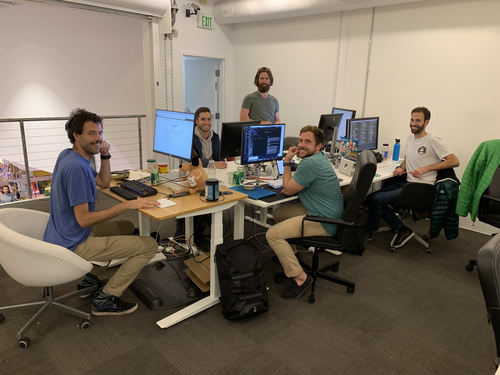 Miguel and Jacob worked together on an app called Elevate, that happened to be selected as Apple’s app of the year in 2014, 2 months after they converted it to a subscription app. What followed was a comedy of errors as they realized that scaling a business on Apple’s subscription system was way more difficult than it should be. After building a ton of bespoke in-house infrastructure to extract even the simplest data, they decided to see if building this as a service would work.

Describe what your company does in 50 characters or less.

Easiest way to integrate subscriptions in your app

What is your company going to make? Please describe your product and what it does or will do.

An API, mobile SDK, and web app that allows developers to implement subscriptions in hours instead of months. We're taking our thousands of hours of experience building mobile subscription infrastructure and creating a drop-in library that handles everything for developers automatically. We provide functionality for keeping a user’s subscription status synced across multiple apps, tools for customer support to manage a user’s subscription, no-fuss reports and metrics, and systems for price testing (difficult on mobile).

How far along are you?

We launched an invite-only beta in December. Our first customer shipped in January and in February two more customers shipped their apps. Our customers right now are mostly B2C apps that want to convert to a subscription model to increase revenue. As of March 19th, we were tracking $1,789 in customer MRR; that number is growing 13% week over week. Our SDK is running on over 200k devices. We currently support iOS and will have Android support before the YC program starts.