Transforming pharmacies in the UK into diagnostic centers

Tuli health is turning all 11 000 independent pharmacies in the UK into diagnostic centers. Our software makes it easy for these pharmacies to sell and fulfill COVID-19 tests today and other diagnostic tests tomorrow. Instead of waiting for a long time or travelling a long distance to receive the tests, customers can now receive tests in their neighbourhood, with results guaranteed in 24 hours. Tuli Health was launched in June, had onboarded 147 pharmacies, performed over 7000 diagnostic tests, and helped pharmacies generate $1.3 million in incremental revenue per month. The vision is to make every local pharmacy into a diagnostic center powered by Tuli Health.

Jialu is a massive nerd, hence why it came to no surprise to anyone when he decided to do Maths at Imperial College London. However, after Imperial College, he strayed to the wrong path by going into financial services, where he stayed for close to 10 years observing how bad the sector as a whole is in terms of their tech. Being disappointed in FS and himself, he is now atoning his sins by doing a startup in the healthcare space. And yes, that is a Red Hat red hat. 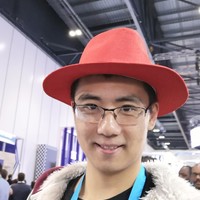