Today, Amplitude, which was part of YC’s W12 batch, is going public. Their story of grit, determination, and creativity, is an epic one.

Spenser and Curtis first applied to YC in 2011, but their idea, a new version of Mechanical Turk, did not impress YC’s reviewers at the time, and although they were clearly brilliant hackers, that first application was rejected.

It is always a good sign when founders come back and, indeed, they came up with a new idea and applied for the Winter 2012 batch. Their company “Sonalight”, was accepted to YC W12, despite what Spenser remembers as PG’s skepticism that the technology and market were ready for the product they intended to build. 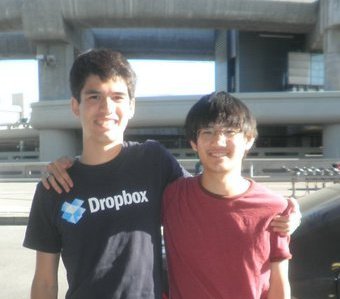 Their new idea was intended to make it safe to text while driving by converting text to speech. This wasn’t nearly so common or easy back then, and despite PG’s skepticism, it was clear to us that this was a team focused on building products that customers actually wanted and needed. They successfully built the software, but had a hard time finding paying customers. It turns out that although this is a good idea (many of us use something of the sort today), PG’s insight had been right-on and at the time, it wasn’t a great business. Spenser and Curtis figured this out rapidly and by the spring of 2012 they were searching once again for the right product to build.

I remember having office hours with Spenser and Curtis at the time, and they were considering a product in the education space, which naturally I loved and encouraged. But, in fact, they rather quickly settled on a different problem space that they understood deeply and which immediately resonated with their batchmates. It was also a problem for which the market had not yet, in Spenser and Curtis’s opinion, come up with a great solution. Their chosen target was, of course, mobile analytics. This, it turned out, was precisely the right idea for the team. Around this time, Jeffrey Wang, a Stanford computer scientist and top-quality hacker, joined Spenser and Curtis as co-founder. 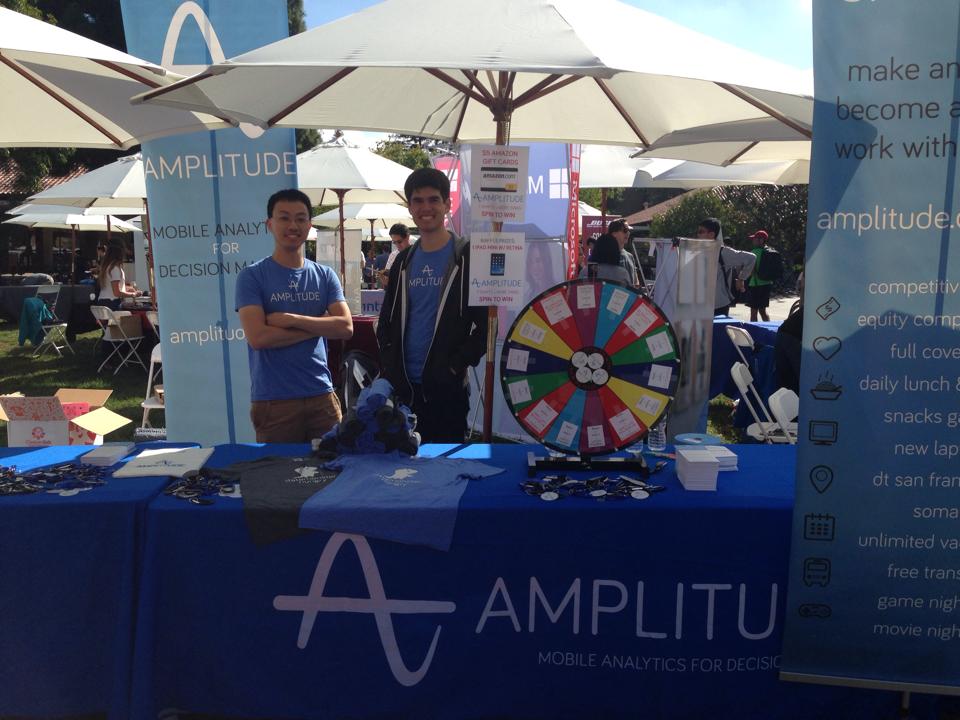 When an excellent team turns to a new problem, you see results unbelievably quickly. In just a few months, they were ready to launch. 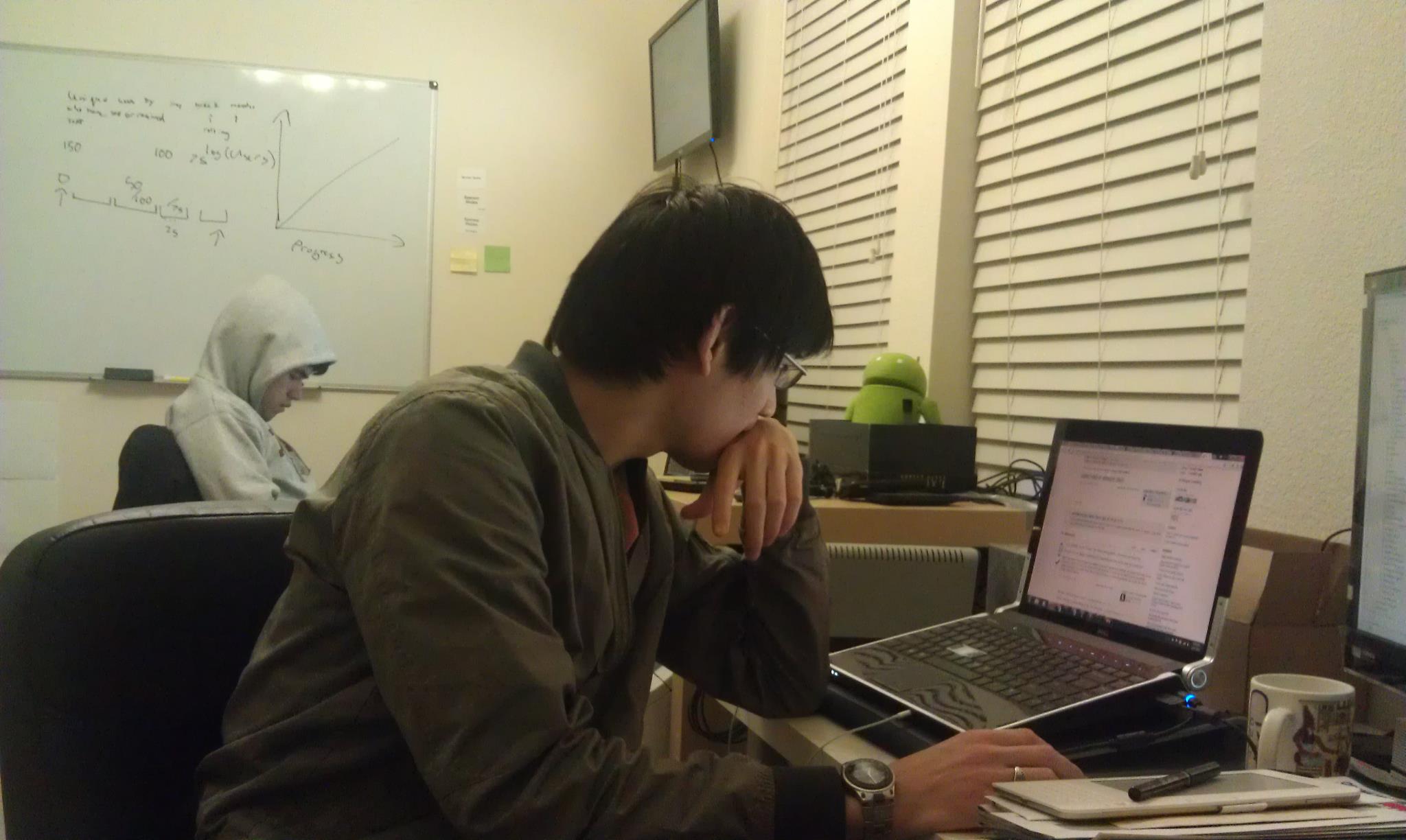 The monitor on the wall had Amplitude’s analytics dashboard on it, and it was on 24/7.

One thing no one could ever doubt about the Amplitude founders was their ability to build: they are really strong hackers. And once they had a product, they almost immediately had customers. This was a really good sign. Within a couple of months, everyone’s confidence was soaring. We all, including PG, believed in the team and the idea, and it was pretty obvious they were onto something real.

A year later, Amplitude had real revenue, was tracking billions of events per month, and the epic company they have become was taking shape. 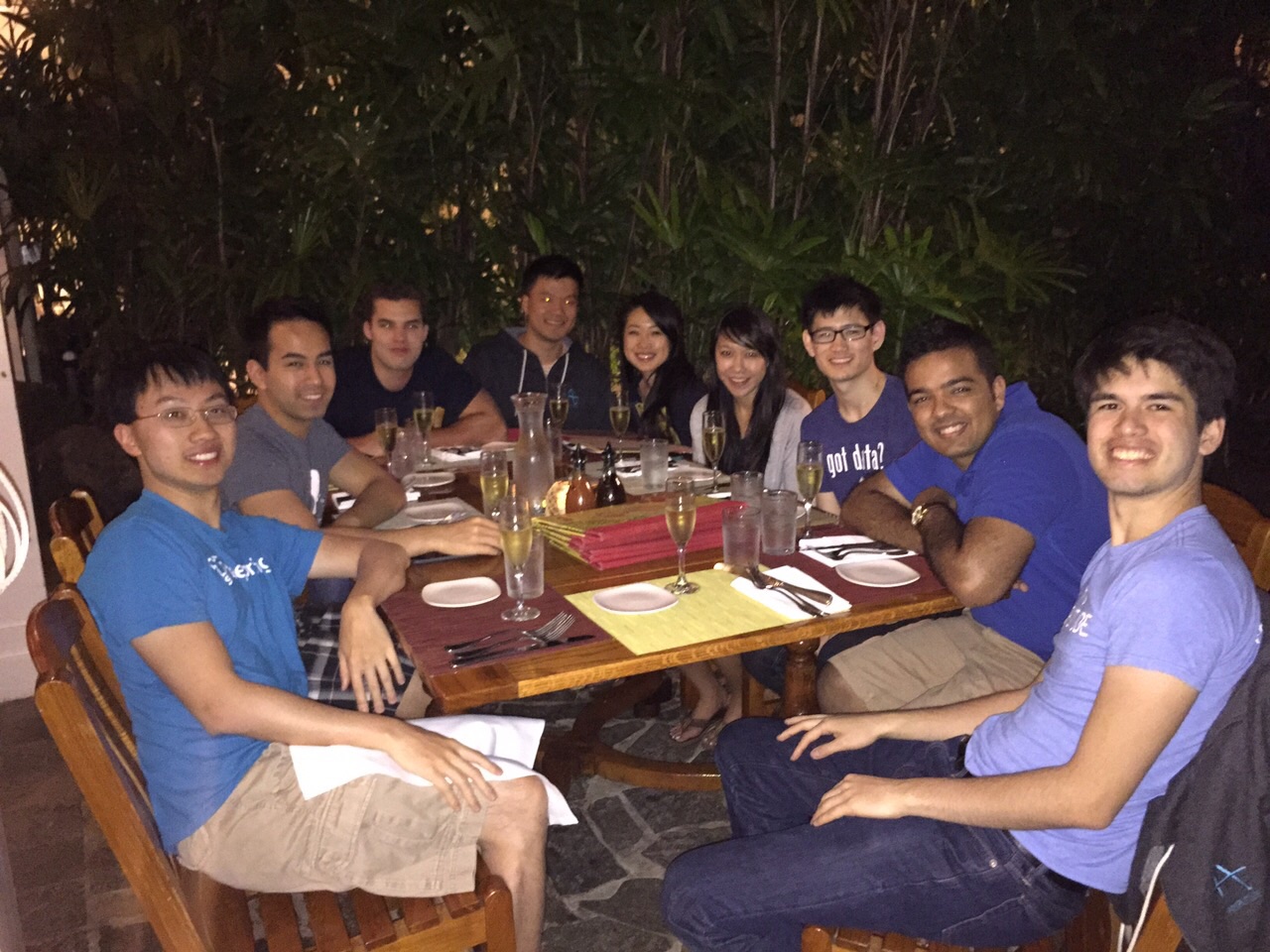 Over the subsequent years, the team was met with lots of skepticism about the size of their opportunity, but at every stage, they simply put their heads down, built fantastic software and products, and grew. They stayed close to YC, even sharing an office with our own Michael Seibel, who was running SocialCam at the time. In the end, Amplitude managed to dominate their market and today’s public offering is a huge testament to the fearlessness and smarts which stood out nearly ten years ago. Our heartfelt congratulations to Spenser, Curtis, Jeffrey and everyone at Amplitude.