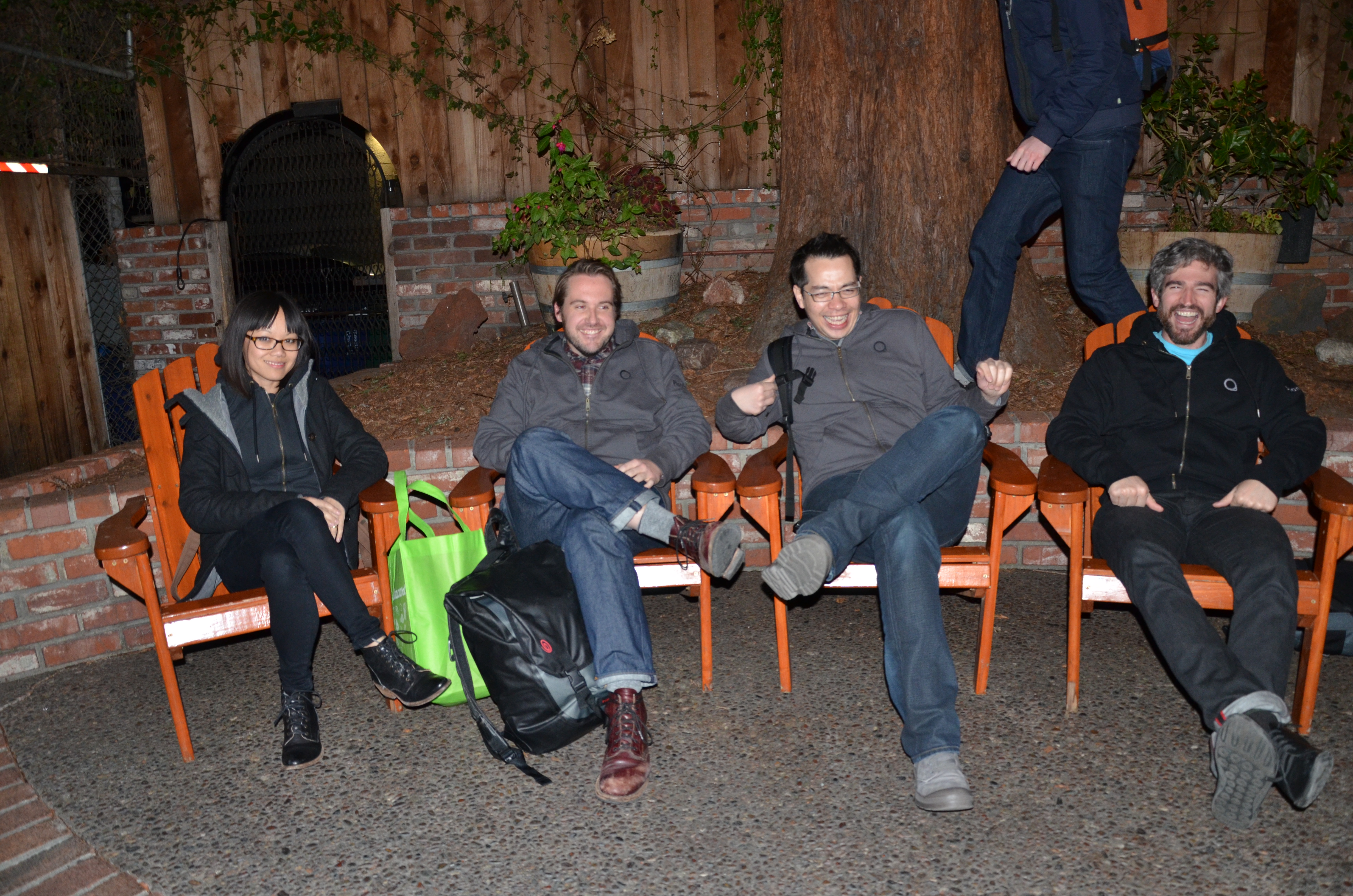 PlanGrid founders Tracy Young, Kenny Stone, Ryan Sutton-Gee and Ralph Gootee
Tracy Young is the founder and CEO of PlanGrid, an app that lets construction companies store blueprints and documents on mobile devices. Since going through the YC’s Winter 2012 batch, PlanGrid has grown from a team of 4 to 40 and now hosts over 9 million blueprints in their cloud.

We talked about what it’s like going from construction sites to a startup, losing a co-founder to cancer, and building PlanGrid with her best friends and husband.

Q: How did PlanGrid get started?

We were construction engineers—with hardhats and safety boots—and we were shocked by how inefficient the construction industry was. We were specifically surprised by how bad paper blueprints are. Blueprints are constantly changing so it’s difficult to physically ship paper out to every single field worker on the jobsite and ensure they’re looking at the most current information. It’s also heavy, cumbersome and expensive, but the biggest problem is accidentally building off outdated drawings which happens often.

Version control of construction data is a huge problem, and there was no software to help manage it. It was so obvious that there shouldn’t be paper blueprints. You should be able to stick them in the cloud and view them on mobile devices.

Ryan and I started working on a blueprint app as a side project. We were two domain experts who didn’t have a technical cofounder, so we convinced our friend, Antoine Hersen, to join us. Antoine agreed to join on the condition that he would be PlanGrid’s Chief Mad Scientist. He’d gone to Sacramento State, too, and was based in Chicago working as a high frequency trading engineer.

I also got my boyfriend at the time, Ralph Gootee, to join us as well. He was a rendering engineer at Pixar Animations.

Q: At what point did you decide to apply to YC?

A: Antoine and Ryan had always wanted to join Y Combinator. They were obsessive about HackerNews—they even got me to read it.

Right before we applied for YC, Antoine was diagnosed with a rare form of cancer. At that point Ralph and I decided to quit our jobs. We took a train to Chicago to hang out with Antoine and worked on several projects with him. PlanGrid was just one of them.

We all applied to YC in October of 2011; Antoine was already really sick at that time. I remember how happy it made him when we were accepted. He was able to come to the first YC dinner that winter. He passed away in January 2012 at his home in France.

One of the last gifts Antoine gave to us was recruiting our fifth cofounder, Kenny Stone.  Antoine had told us “Kenny is the best engineer I’ve ever worked with” and without Kenny we would not have been able to build PlanGrid to what it is today.

Q: What is the most important thing you learned from working with Antoine?

A: Antoine was hacking till the very last minute before he passed away. He cared so much about coding.

He gave me some advice before he left. He told me, “Life is short. Take care of the ones you love. Don’t be afraid to try new things. Never do anything that makes you unhappy.”

There’s not a day that goes by where I don’t think about it.

Q: What has been the most surprising part of starting a startup?

A: For some reason I thought it would get easier. We always knew that while we were at YC it would be non-stop work. But it’s 3 years later and we’re still working constantly. It feels like we’re working more now, even though we have a team of 40 people.

Q: Is there anything that surprised you about YC?

YC believes in me at times when I don’t even believe in myself. That goes way beyond being nice actually. They truly care about motivating us to do our best.

Q: What was the most useful piece of advice you’ve heard from one of your advisors?

A: Almost every Tuesday night dinner, a speaker would say: “Fire those who deserve to be fired and fire them fast.” At PlanGrid, we’ve taken this advice to heart, and it’s always been the right decision, no matter how emotionally difficult it was.

Q: Is there one particular Tuesday night dinner speaker that stands out in your mind?

Kevin Hale. His Tuesday night dinner talk was so inspiring we asked him to come to PlanGrid to speak again. Everyone knows that Wufoo cares very much about support. They take it to extreme levels. We based our company on that principle as well.

We are really serious about support. There’s a chatbox on our website that we man 12 hours a day, 5 days a week. Our support ticket response time is just a few hours. Everyone at PlanGrid does support and talks to users, including the founders.

Q: What’s been the hardest thing about starting a startup?

A: The hardest part of starting a startup is fixing mistakes fast and adapting.

You’re going to make mistakes. But you have to learn from them and adapt quickly. My cofounders and I have made our share of mistakes, but if we were to hold onto every mistake we would have never moved forward. It’s easy to wallow in mistakes and place blame instead of learning from them.

Q: Is there anything you wish you’d known when you’d first started PlanGrid?

A: I’m looking around my office and I’m kicking myself for not buying smaller desks. The secret to space efficiency is small desks.

Also—things aren’t ever that bad. We had a cofounder die. Everything else is so small in comparison.

Even if PlanGrid wasn’t doing well (and we’re doing really well right now!), at the end of the day I have my co-founders and best friends and we’d just go build something else.

Q: What advice would you give for people applying to YC W15?

A: Assuming they have some kind of beta, do whatever it takes to figure out sales by yourself. This is one of the reasons PlanGrid has been so successful.

We didn’t want our company run by a salesperson. We went out, talked to users, figured out how and when they would pay us, and got to that point.

It’s nice not to have to rely on fundraising to sustain the company. It’s nice to have months where we’re cash flow positive. Figure out how to get to that point with just the founding team. You can’t rely on others to sell the product you built.