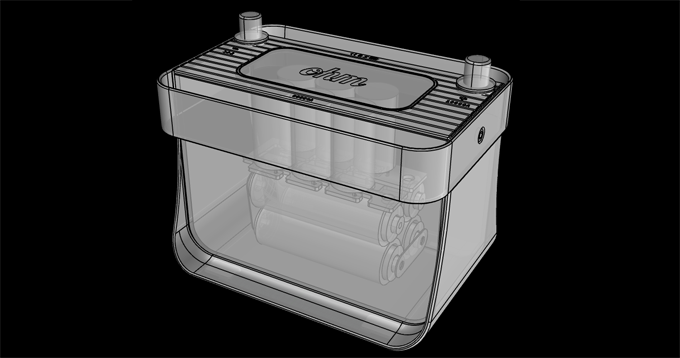 Many things about cars are very different today than they were 100 years ago, with one important exception: Almost nothing has changed about how most car batteries work, from a technical standpoint.

Ohm is a startup launching out of our current Summer 2015 class that’s completely reimagined the car battery. The result is a battery that weighs one sixth of what a typical car battery does, lasts twice as long, and performs better in low temperatures. And the Ohm battery can be dropped in for use in any car, installed just like a traditional battery.

TechCrunch’s Greg Kumparak wrote about Ohm and its technology in a story published this past week:

“Instead of lead plates, Ohm brings in a more modern, two-part system: an EDLC supercapacitor capable of dumping enough energy to start your engine, and a set of smaller batteries (LiFePO4, which contain no toxic heavy metals) to keep things powered when the engine is off.

The physical footprint for Ohm’s battery rig ends up being considerably
smaller than its lead-acid counterpart — but as they want this thing to
work in existing cars without bouncing around under the hood, they’ve
tucked it into a case that makes Ohm roughly the same size as any other
automotive battery. (Specifically, it’s built to fit into the same
cavity as a Group 35 battery.)”

Read the full story, with more details of how Ohm works and when it is slated to be available, in TechCrunch here, and participate in the related discussion in Hacker News here.