Sywork (YC S15) Is The Twitch For Illustrators And Artists 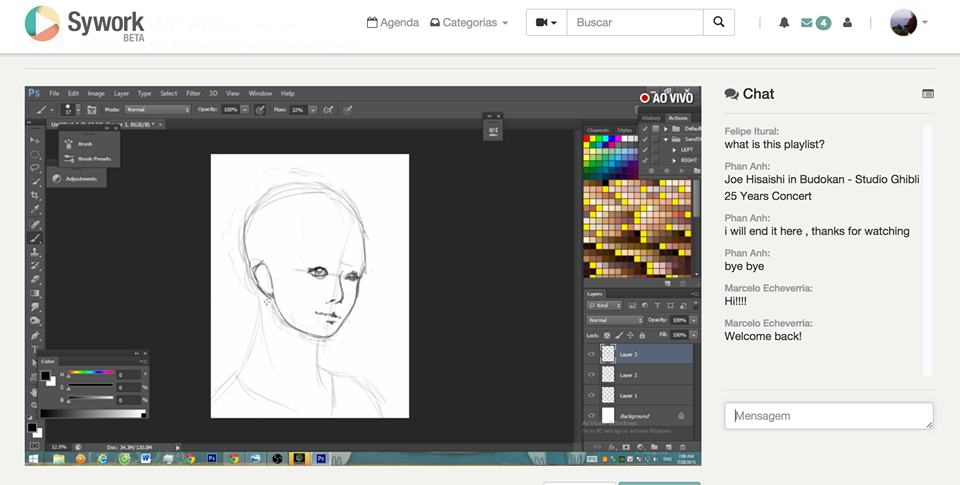 The cliché goes that life is about the journey, not the destination. The same could be said for artwork. A lot of emphasis is placed on the final product of artists and illustrators, but if you’re lucky enough to see the process that went into creating it, it can be just as satisfying.

Sywork is a company launching out of our current class that lets artists and illustrators host a livestream video of themselves at work, in the same way that Twitch lets people watch broadcasts of gamers in action. Since going live just four weeks ago, Sywork is attracting an audience of thousands of viewers from more than 115 countries around the world.

“Today, a company called Sywork
(shorthand for ‘Show Your Work’) launched its new live-streaming
service for artists and illustrators. Ever wonder what the process is
behind beautiful oil paintings? Comic books? Well now you can find out,
thanks to this YC-backed company.

Each artist has their own channel, which you can subscribe to of
course, and you’re notified when they’re live. A few of the illustrators
I’ve watched have been heads down making things, with music bumping in
the background. Much like Twitch, there’s a chatroom to the right, where
people who are watching talk about what they’re seeing.”

Read the full story, including an interview with Sywork co-founder Marcelo Echeverria, on TechCrunch here, and participate in the Hacker News discussion here.