We are Digital Brain. An external layer on-top of existing helpdesks to get through support tickets twice as fast.

Kesava was part of the youngest group to ever cycle from Europe to Asia and ran a social impact organization that reached over 7 million people; he was awarded by Amartya Sen, Nobel Laureate for Economics, for revamping an Indian malnutrition policy. He's survived off hackathon prize money in Silicon Valley and also holds two world records solving Rubik's cubes.

Dmitry learned his coding skills back in high school. Coming from a small city in Russia not being able to afford an iPhone, he built the iOS game he wanted for Android, published it on Google Play and quickly got to 10k downloads. Without knowing anyone speaking a foreign language, at 16, he came to the Bay Area to learn from the best makers in the world. Since then Dmitry learned 10 languages and lived off of hackathon prize money in the Silicon Valley with Kesava before starting DigitalBrain. 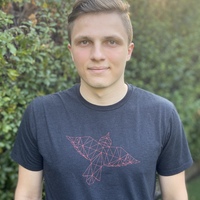